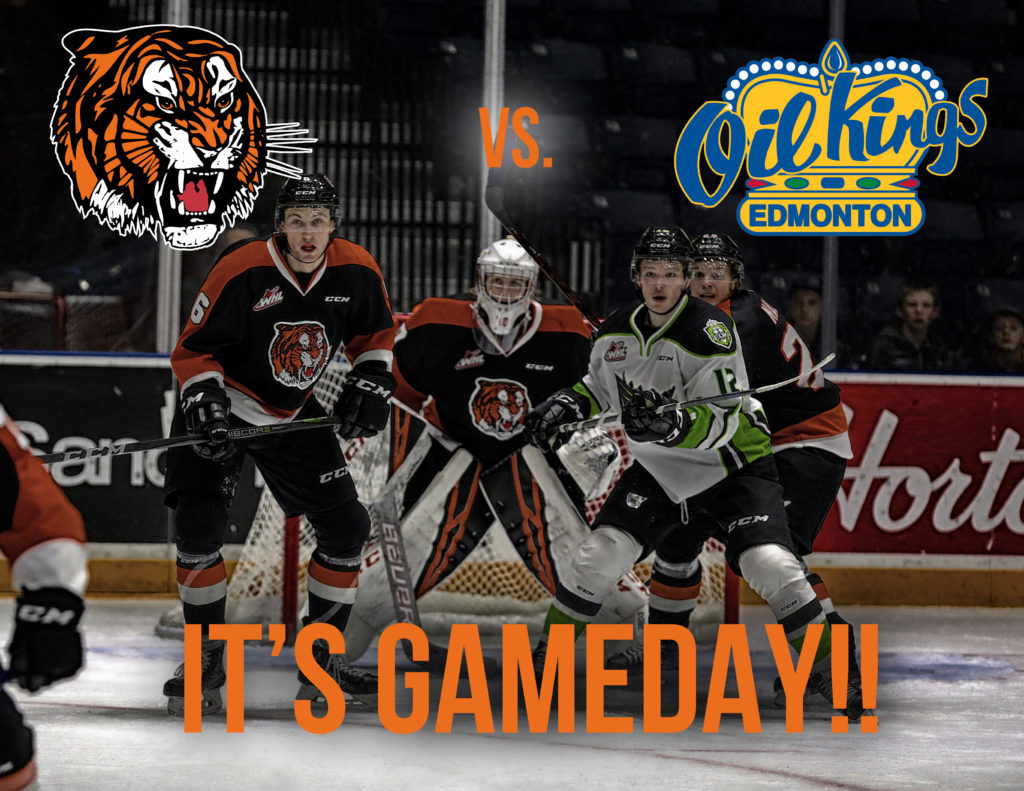 The Medicine Hat Tigers were swept in a home and home series against the Calgary Hitmen earlier this weekend. The Tabbies fell 3-1 Friday and 5-3 on Saturday. The Orange and Black are 14-9-2-0 against the Central Division this season and 31-21-3-2 overall. Medicine Hat is currently sitting in 3rd in the Central Division and they are led by veteran forwards James Hamblin with 68 points (32G, 36A) and Ryan Jevne with 55 points (26G, 29A).

This afternoon’s contest is the fifth meeting this season between these two Central Division rivals. Three of the four previous contest have been decided in extra time and the lone game solved in regulation was a 3-2 Oil Kings victory. The Tigers have only triumphed once over the Oil Kings on January 16th when James Hamblin was the lone goal scorer in the shootout. Medicine Hat’s power play is 11.8% (2/17) against Edmonton this season and their penalty kill is 71.4% (4/14).

The Edmonton Oil Kings split the weekend after defeating the Moose Jaw Warriors 3-2 on Friday and then falling 4-0 to the Regina Pats on Saturday night. The Oil Kings are 31-18-4-4 and they are currently sitting in first place in the Central Division. Edmonton is lead by 2018 Columbus Blue Jacket draft pick Trey Fix-Wolansky with 86 points (29G, 57A) and veteran forward Vince Loschiavo with 48 points (26G, 22A).

Trevor Longo is a hard-nosed defenceman in his second season with the Orange and Black. The 18-year-old North Vancouver native is a physical player who isn’t afraid to mix it up and to block shots. Longo has good offensive instincts and he is having a banner season for the Tigers reaching new career highs in goals (4) and assists (6). Look for Longo to make an impact on both ends of the ice in this afternoon’s tilt.

Captain James Hamblin has been the Tigers’ top point producer all season and he is 11th in the league for scoring. The 19-year-old Edmonton product has set new career highs in goals (32) and points (68) and he is only 7 assists behind the career high of 43 that he set last season. Hamblin is also tied in 2nd in the league for the most first goals of the game (9). He is a speedy, two-way forward who leads his team by example. Look for Hamblin to make an impact in this afternoon’s contest.