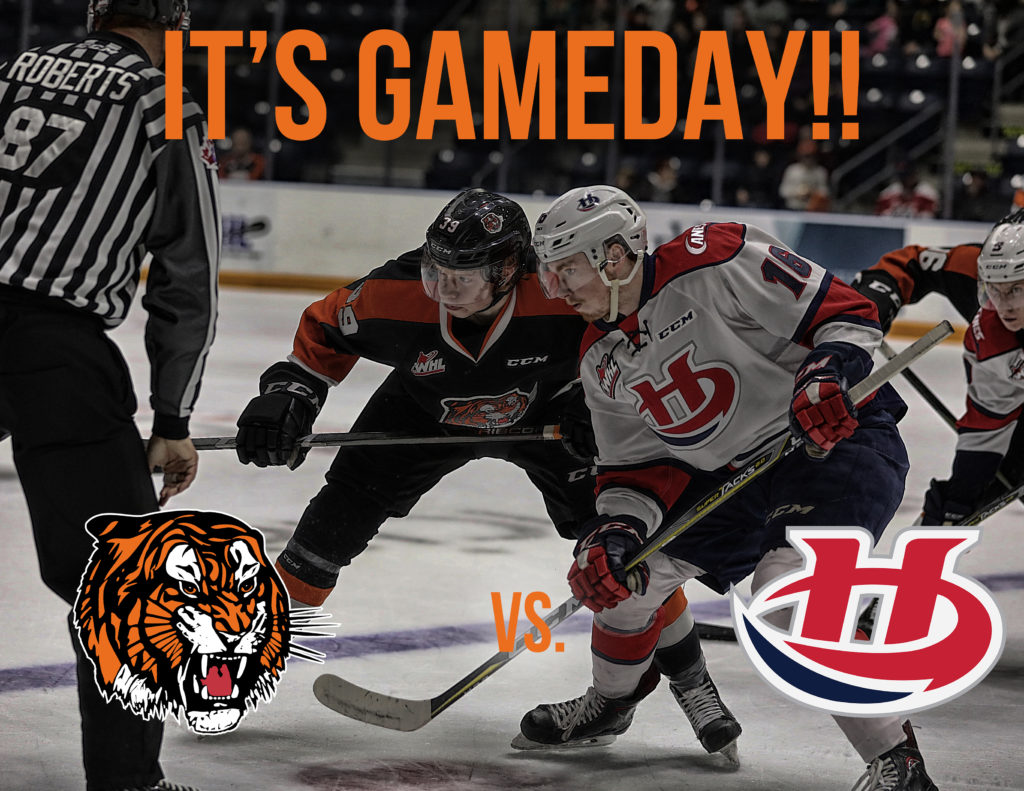 The Medicine Hat Tigers have been busy this month playing 8 games over the course of 13 days and only 2 of those games were at home. The Tigers are 4-4-0-0 in those 8 games and 31-22-3-2 overall this season. This weekend they play a home and home series with division rivals the Lethbridge Hurricanes starting tonight in Lethbridge before returning home to Medicine Hat tomorrow. The Orange and Black are led by veteran forwards James Hamblin with 68 points (32G, 36A), Ryan Jevne with 55 points (26G, 29A) and Brett Kemp with 48 points (27G, 21A).

For the third time, this season the Tigers and the Hurricanes will face off in a home and home series. These two Central Division clubs have met a total of six times already this weekend and will meet twice more in March. Medicine Hat is 3-3-0-0 against Lethbridge this season and their most recent victory was a 5-4 shootout win December 30th, 2018. Ryan Jevne scored the game-winning goal in the fourth round of the shootout while Jordan Hollett made 36 saves on 40 shots before stopping 3 of the 4 shooters faced during the shootout.

The Lethbridge Hurricanes defeated the Kootenay ICE 5-2 on Monday afternoon. The Hurricanes are 5-2-1-1 in the month of February and 30-17-5-5 overall this season. 2019 NHL Draft Eligible Dylan Cozens and Pittsburgh Penguins prospect Jordy Bellerive have been the most dangerous players for the Hurricanes against the Tigers this season with 8 points in 6 games each. (Cozens has 5G, 3A and Bellerive has 3G, 5A).

Tyler Preziuso is a smart, tenacious forward with good hand to eye who is having a banner year for the Tigers already setting new career highs in goals and assists. The 19-year-old Victoria native is a smooth skater with an explosive first step. Preziuso has been playing on the top line with James Hamblin this season and they have developed a lot of chemistry together. Look for Preziuso and his line to make an impact in tonight’s contest.

Captain James Hamblin has been the Tigers’ top point producer all season while setting new career highs in goals (32) and points (68). Hamblin is tied with Linus Nassen for most assists on the team (36) and he is only 7 assists away from matching his career high of 43 set last season. The 19-year-old Edmonton product is a speedy, hard-working, two-way forward who leads his team by example. Hamblin is also ranked 12th in the league for scoring and he is tied in 2nd for most first goals of the game (9).