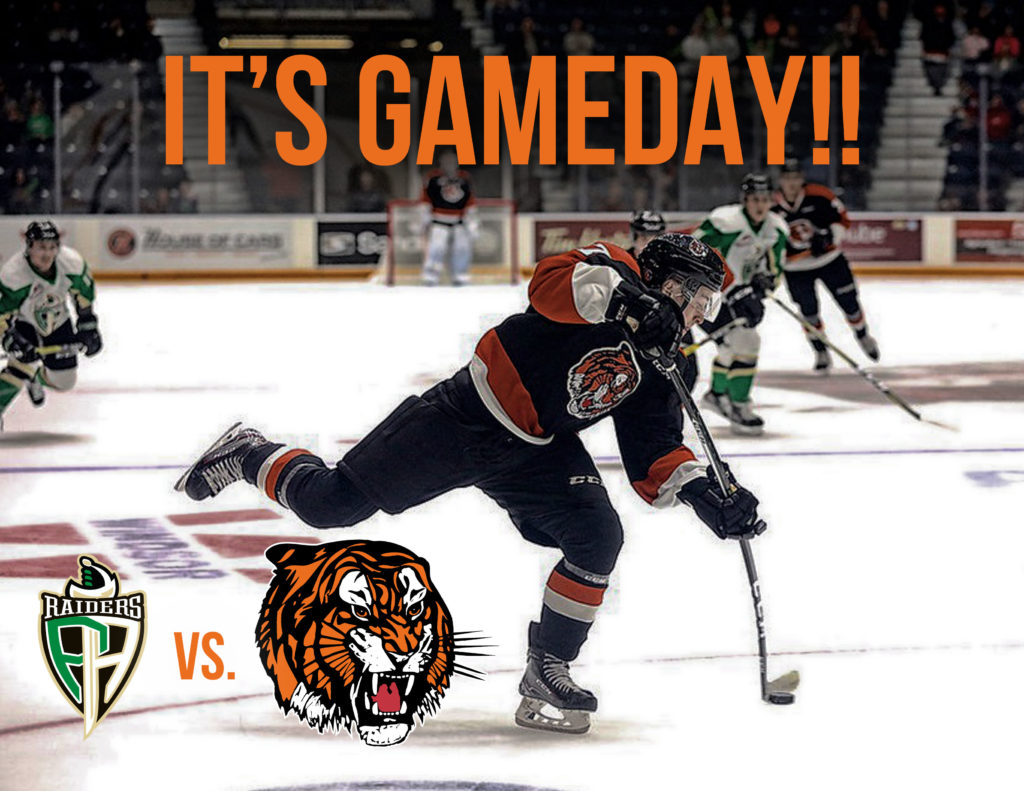 The Medicine Hat Tigers recently returned from a three-game road trip to host the Prince Albert Raiders tonight at the Canalta Centre. The Tigers are 1-3-0-1 early in the 2018-19 season.

Veteran defencemen Dylan MacPherson and Linus Nassen recently rejoined the team after participating in the Florida Panthers rookie and main training camp, as well as, the Springfield Thunderbirds training camp. With the addition of MacPherson and Nassen, the Orange and Black are now sitting at 19 veterans and 6 rookies with an average age of 18.2 years old.

The Tigers visited the Art Hauser Centre this past weekend to do battle with the Raiders. The Raiders came out on top in a 5-3 contest. In the past five seasons, the Tabbies are 6-5-2-0 against the Raiders and the last time the Orange and Black defeated the Raiders was Dec 6th, 2017, in a 5-4 shootout victory.

Prince Albert has had a very strong start to their 2018-19 WHL Campaign with a 5-0-0-0 record. Leading the way for the Raiders are veteran forward Brett Leason with 9 points (2G, 7A) and Montreal Canadians’ 5th round draft pick Cole Fonstad with 8 points (3G, 5A).

Dylan MacPherson brings a calm, steady presence to the Tigers’ defence. The 20-year-old Redcliff, AB product is a smooth skating, skilled player with a big reach. Look for MacPherson to make an impact in tonight’s contest through his hard work, ability to read the play and defence first mentality.

James Hamblin is honoured to captain the 49th Edition of the Medicine Hat Tigers. In 199 games played for the Orange and Black, Hamblin has 50 goals and 73 assists for 123 points including 8 points (4G, 4A) in 5 games so far this season. The 19-year-old Edmonton forward steps up every game and consistently gets the job done while leading by example. He is not afraid to battle for the puck, set his teammates up or find the back of the net himself.