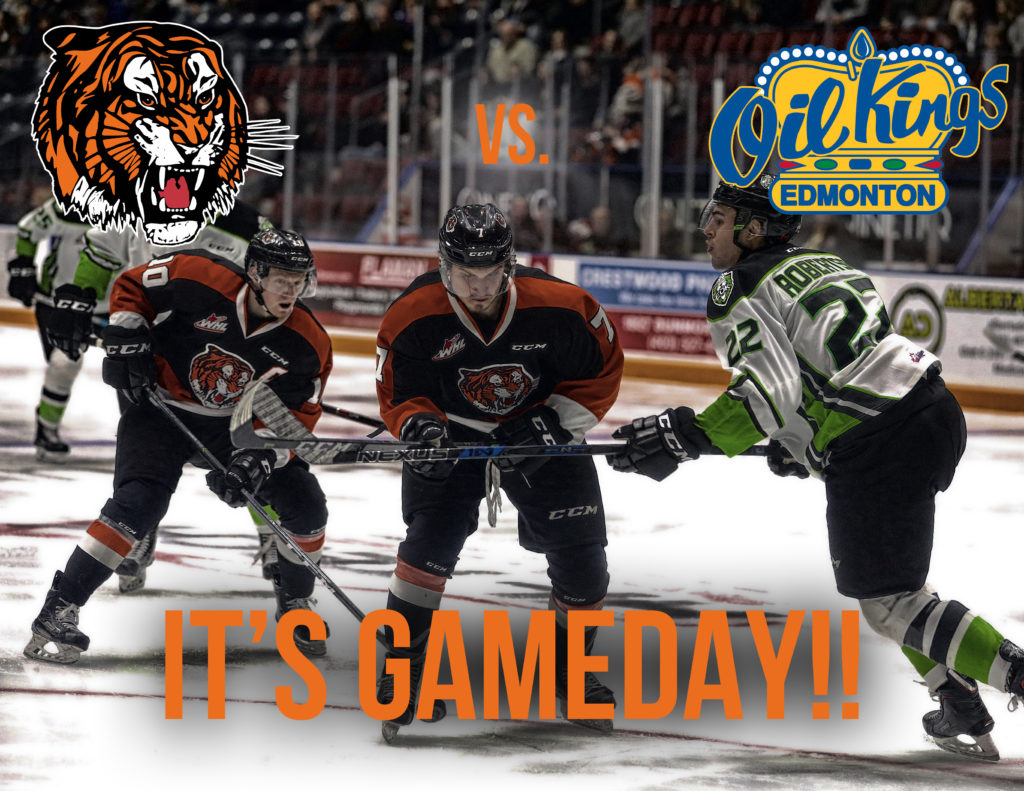 The Medicine Hat Tigers posted a 4-7-1-0 record in the month of February and they are 31-24-3-2 overall this season. The Tigers are currently sitting in 4th place in the very competitive Central Division where only 11 points separate the Edmonton Oil Kings in 1st place and the Red Deer Rebels in 5th place. Medicine Hat is led by veteran forward James Hamblin with 68 points (32G, 36A). After tonight’s game, the Orange and Black will return home to host the Swift Current Broncos on Saturday night.

For the final time this season, the Tigers will faceoff with the Oil Kings. These two Central Division rivals have met 5 times this season and Medicine Hat has a 1-2-2-0 record against Edmonton. The Tigers’ lone victory was a 4-3 shootout win on Jan 16th, 2019. Ryan Chyzowski scored the game-tying goal to send the game to extra time with less than a minute remaining in regulation and James Hamblin scored the game-winning goal in the shootout.

The Edmonton Oil Kings kicked off a three-game homestand by defeating the Swift Current Broncos 11-1 on Tuesday afternoon, extending their winning streak to 4 games. After tonight’s battle with the Tigers, the Oil Kings will host the Brandon Wheat Kings Saturday night. Edmonton is led by 2018 Columbus Blue Jacket draft pick Trey Fix-Wolansky with 92 points (31G, 61A) and veteran forward Vince Loschiavo with 52 points (29G, 23A).

Linus Nassen is a smooth skating, highly skilled defenceman in his second season with the Orange and Black. The 20-year-old Norrtalje, Sweden native was drafted by the Florida Panthers in the 2016 NHL Draft. Nassen is ranked 19th among defencemen in the league with 41 points (5G, 36A). He has sharp puck skills and a high hockey IQ. Look for Nassen to make an impact on both ends of the ice in tonight’s contest.

Captain James Hamblin has been the Tigers’ top point producer all season while setting new career highs in goals (32) and points (68). Hamblin is tied with Linus Nassen for most assists on the team (36) and he is only 7 assists away from matching his career high of 43 set last season. The 19-year-old Edmonton product is a speedy, hard-working, two-way forward who leads his team by example.