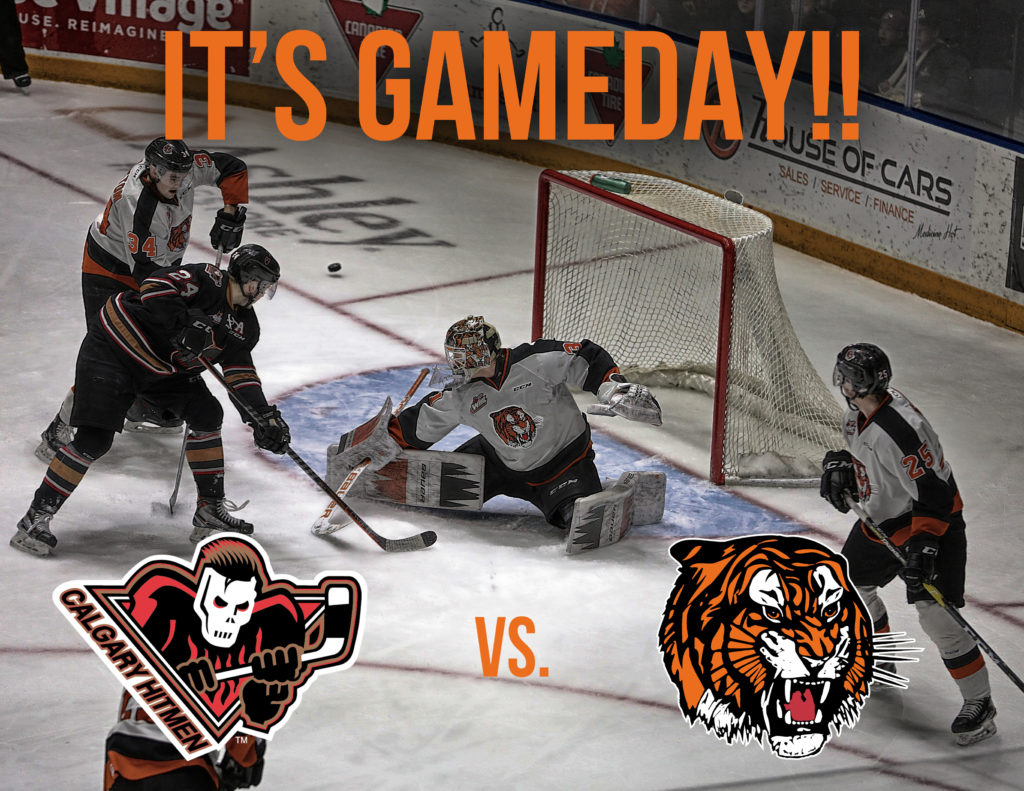 The Medicine Hat Tigers defeated the Swift Current Broncos 3-2 in overtime on Saturday night. Linus Nassen scored with 59 seconds left in the third period to tie the game up 2-2 and Ryan Chyzowski scored the game winning goal just over a minute into overtime. The Tigers are now 32-25-3-2 and they are sitting in 7th place in the Eastern Conference. Medicine Hat is led by veteran forward James Hamblin with 69 points (32G, 37A).

Tonight’s game will be the sixth and final meeting between these two Central Division rivals. The Tigers are 1-4-0-0 against the Hitmen this season and their lone victory came at home Nov 4th, 2018, in a 5-4 contest.

The Calgary Hitmen had a busy weekend playing three games in three days. They hosted the Brandon Wheat Kings Friday night and won 3-2 in overtime before playing a home and home series with the Kootenay ICE. Saturday the Hitmen won 5-2 in Cranbrook and Sunday they won 6-2 at home. The Hitmen are 35-22-5-1 and they are sitting in 6th place in the Eastern Conference. Calgary is led by veteran forward Mark Kastelic with 74 points (45G, 29A).

Ryan Chyzowski is a veteran forward in his third season with the Orange and Black. The former first round 2015 bantam draft pick scored the game winning goal in overtime on Saturday and not only has he set a new career high in goals with 22 but he has 4 points (2G, 2A) in the Tigers’ last 2 games. The 18-year-old Kamloops native is a skilled forward with a nose for the puck and he is not afraid to mix it up. Look for Chyzowski to drive to the net and create scoring lanes in tonight’s tilt.

Captain James Hamblin has been the Tigers’ top point producer all season and he currently has 69 points (32G, 37A) in 62 games played. The 19-year-old Edmonton, AB product is a hard working, two way forward who leads his team by example. Hamblin was the Tigers’ first-round bantam pick in 2014 and since then he has played in 256 games for the Orange and Black while scoring 78 goals and picking up 106 assists.

House of Cars offers quality pre-owned vehicles and they operate parts of service centres as well as finance department. They are known for their credit rebuilding program and the Medicine Hat location is one of 10 locations.

Medicine Hat Minor Softball runs divisions from Super FUN U4 Blastball, through Learn to Play divisions (U6 Tball, U8 Parent Pitch and U10Mites), Jr High divisions (U12 & U15) and a High School League, where kids play for their school teams. There are both female and male divisions, house and rep teams with over 400 kids playing each year.