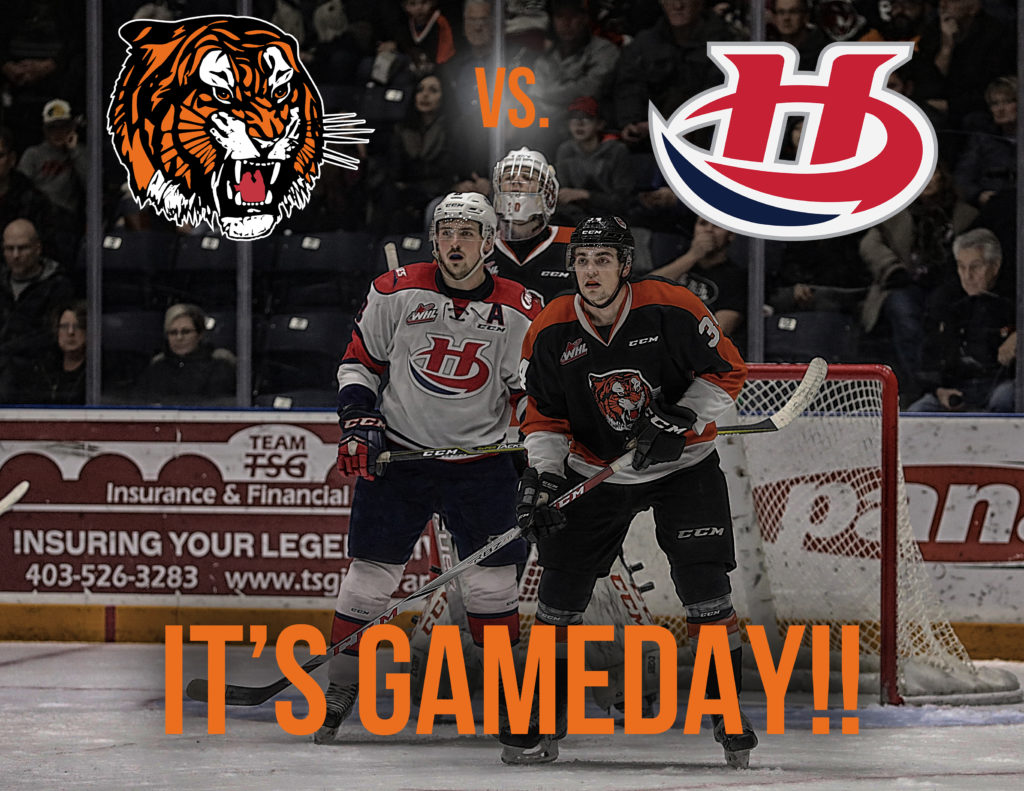 The Medicine Hat Tigers came back from a first period 4-1 deficit only to fall 6-5 in overtime to the Calgary Hitmen on Wednesday night. It was veteran forward Ryan Jevne’s first game back after sustaining an injury and he scored twice and picked up an assist. The Tigers are now 32-25-4-2 and they are currently sitting in 7th place in the Eastern Conference. Medicine Hat is led by veteran forwards James Hamblin with 71 points (32G, 39A) and Ryan Jevne with 58 points (28G, 30A).

For the ninth time this regular season, these two Central Division rivals will meet. Medicine Hat is 3-5-0-0 against Lethbridge this season and their most recent victory was Dec 30, 2018, in a 5-4 shootout final. The Tigers came back from a 4-2 deficit to send the game into extra time. When nothing was solved in overtime, Ryan Jevne scored the game-winning goal in the shootout. The final game between the Tigers and the Hurricanes will be in Medicine Hat March 16th, 2019.

The Lethbridge Hurricanes clinched their playoff spot after defeating the Brandon Wheat Kings 4-1 on Wednesday night. Affiliate player Zack Stringer scored his first WHL goal in the game and earned the first star of the night. The Hurricanes are led by recently signed Colorado Avalanche prospect Nick Henry with 89 points (26G, 63A) and NHL Draft Eligible Dylan Cozens with 79 points (32G, 47A).

Ryan Jevne is a speedy, skilled forward in his fourth and final season with the Orange and Black. Jevne was a second-round draft pick in 2013 and since then he has suited up for 268 games, scored 63 goals and picked up 80 assists. The 20-year-old Edmonton product is the only current Tiger to have recorded a WHL hat trick. Jevne is an intelligent player who will look to make an impact in tonight’s tilt.

Captain James Hamblin has been the Tigers’ top point producer all season with 71 points (32G, 39A) in 63 games played. The 19-year-old Edmonton native is a speedy, two-way forward who leads his team by example with his hard work ethic. Hamblin has been the Tigers most effective player against the Hurricanes this season with 10 points in 8 games played.