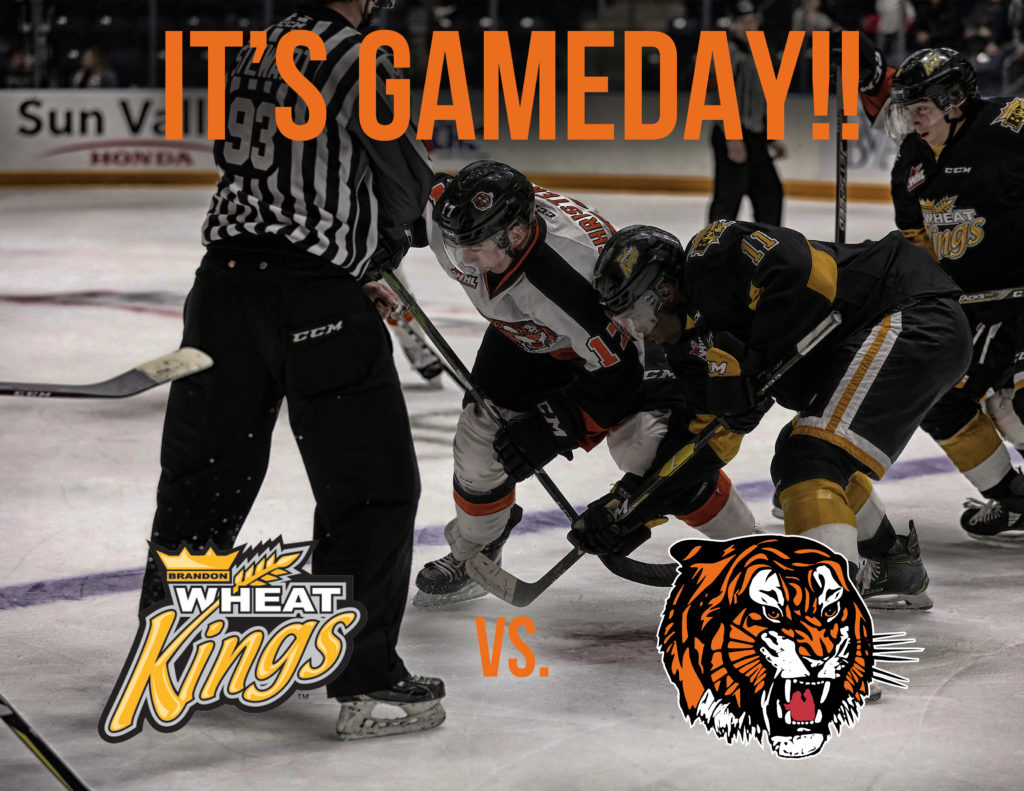 Tonight the Medicine Hat Tigers will suit up in their limited edition themed jerseys for their RE/MAX Presents the WHL Suits Up with Don Cherry to Promote Organ Donation game. All the jerseys will be auctioned off online starting at 7:30 PM tonight when the puck drops. The auction will last until Thursday, March 14th at 7:30 PM and all proceeds from the auction will go to the local chapter of the Kidney Foundation. The Tigers are coming off a 5-2 loss to the Lethbridge Hurricanes and they are now 32-26-4-2 this season. The Orange and Black are led by veteran forwards James Hamblin with 72 points (32G, 40A) and Ryan Jevne with 59 points (28G, 31A).

The Tigers and the Wheat Kings have met three times this season with the home team triumphing each time. The first two meetings were played in Brandon with the Wheat Kings winning 4-1 both times. When the Tabbies hosted the Wheat Kings at the Canalta Centre February 2, 2019, they won 5-0. There were five different goal scorers in that game, James Hamblin, Logan Christensen, Brett Kemp, Ryan Jevne and Elijah Brown.

The Brandon Wheat Kings fell 5-3 to the Red Deer Rebels last night and they are now 30-26-4-4. Brandon is sitting in 9th place in the Eastern Conference and only 2 points behind Medicine Hat who are in 8th. The Wheat Kings are led by 2017 Carolina Hurricanes draft pick Stelio Mattheos with 93 points (42G, 51A) and veteran forward Luka Burzan with 74 points (38G, 36A).

Brett Kemp is a skilled offensive player with good hands and explosive first step. The 18-year-old Yorkton, SK native joined the Tigers at the trade deadline and he has scored 6 goals and picked up 6 assist in 20 games with the Orange and Black. He recently picked up his 100th career point on Wednesday night against the Calgary Hitmen.

James Hamblin has been the Tigers’ top point producer all season with 72 points (32G, 40A). The 19-year-old Edmonton product is a speedy, two-way forward who leads the Tigers by example. Hamblin was the Tigers’ 2014 first round draft pick and since then he has scored 78 goals and picked up 109 assists in 258 games played. Look for Hamblin to make an impact in tonight’s game.

the RE/MAX was founded on the belief that by providing the best training, administrative and marketing support possible to independent business owners, they would be free to focus on what they do best – sell real estate and operate dynamic brokerages. Woven into the fabric of RE/MAX is a deep connection to the community. RE/MAX strongly believes in being productive, contributing members of the communities in which they work and live.

The Kidney Foundation of Canada was created in Montreal in 1964, and it is the national health charity committed to kidney health and to improved lives for all people living with kidney disease. Their vision for the future is an enduring legacy of those dedicated volunteers who, 50 years ago, started out with a compelling cause and the resolve to make a difference.