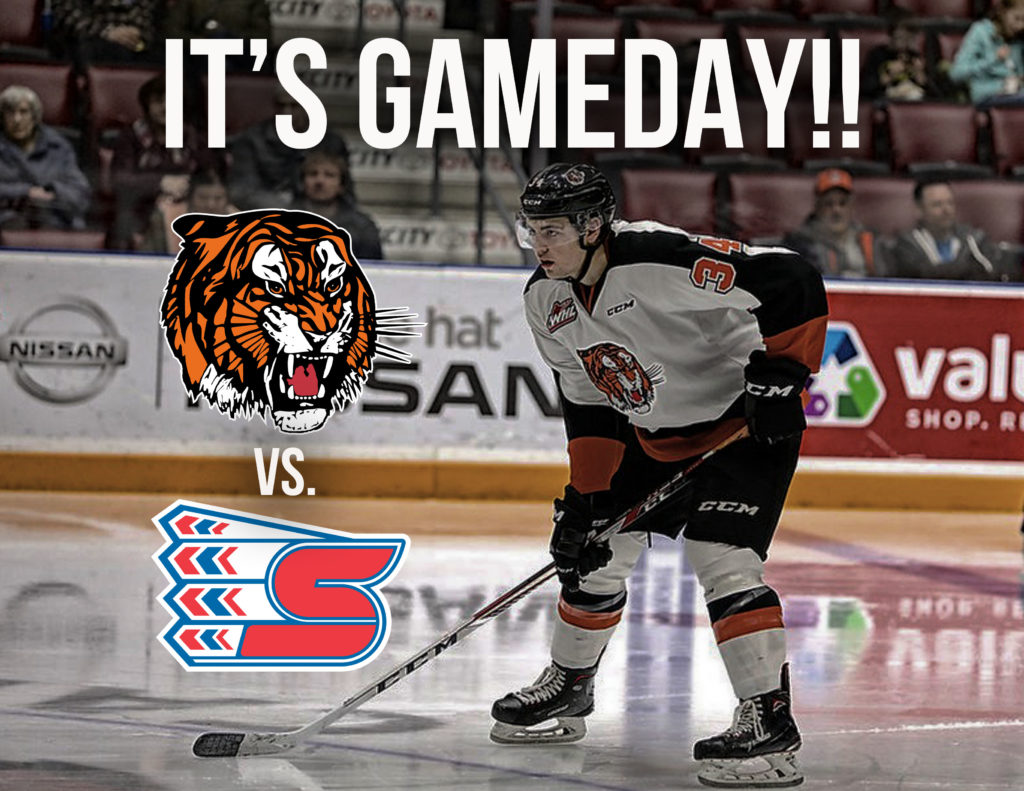 The Medicine Hat Tigers are still finding their footing as they hold a 1-4-0-1 record so far this season. Despite currently boasting 19 veterans, the Tigers lineup is relatively young with an average age of 18.1 years old. Regardless of the results, they continue to work tirelessly every night hoping it will pay off.

This is the first game in a three-game road trip for the Orange and Black. After tonight’s matchup, they will face the Tri-City Americans Saturday and the Kootenay ICE Monday before returning home to the Canalta to host the Prince George Cougars on Oct. 12th.

It has been nearly a year since the Tigers faced off with the Chiefs in a 7-4 victory at the Canalta Centre. This season, the Tabbies make the long trek to Spokane for the annual meeting of these two clubs. In the past five seasons, Tigers hold a 2-1-0-0 record against the Chiefs but in all three matches, the home team has come out on top.

The Spokane Chiefs are 2-1-0-1 so far this season and have most recently fallen to the Vancouver Giants in a 5-4 shootout loss. Leading the way for the Chiefs are the deadly combination of veteran Riley Woods (4G, 3A) and San Jose prospect Jake McGrew (3G, 3A).

Hayden Ostir is a hard-nosed, tenacious forward in his second season with the Orange and Black. The 19-year-old Winnipeg MB product reached a career high with 9 goals and 17 assists in 41 games played last season. Ostir has quick hands, predatorial puck instincts and he hustles hard. Look for Ostir to drive to the net and create scoring opportunities in tonight’s contest.

Medicine Hat Tigers’ 2014 first-round bantam pick, James Hamblin has been selected by his peers to lead the 49th Edition of the Tigers. Hamblin leads the Tigers by example with his work ethic and team-first mentality. The 19-year-old Edmonton AB product recently played his 200th Career WHL Game. In his time in Orange and Black, Hamblin has 123 points (50 goals and 73 assists). He is leading the Tigers with 4 goals and 4 assists thus far this season.