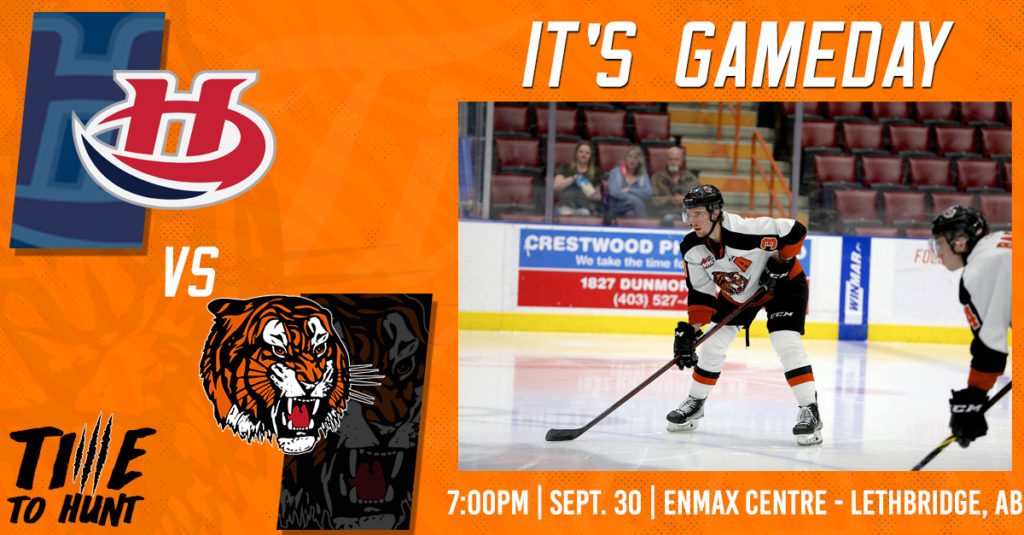 VS LETHBRIDGE: The Highway 3 rivalry was renewed last Saturday between the Tigers & Hurricanes at Co-op Place in Medicine Hat where the Hurricanes scored first on the power play from Brayden Edwards before the Tigers explode for nine straight goals on route to a convincing 9-1 victory over the Hurricanes. Medicine Hat saw eight different goal scorers light the lamp for 2629 fans in attendance with Oasiz Wiesblatt leading the way with two while Reid Andresen, Andrew Basha, Owen MacNeil, Bogdans Hodass, Rhett Parsons & Brenden Lee all scored in the win while 2022 1st overall pick in the WHL Bantam Draft Gavin McKenna would be the game’s 1st star with four assists on the night. Tigers goaltender Beckett Langkow would make 25 saves for his first win of the 2022-23 WHL Season.

VS CENTRAL DIVISION: The Tigers have a 1-0 record in the Central following Saturday’s 9-1 win over Lethbridge. In 2021-22 Medicine Hat had 8-31-1-0 record vs Central Division opponents last season.

MILESTONES: Forwards Oasiz Wiesblatt will play in career game number 90 tonight with the Orange & Black, Dallon Melin will play in game #190 , Alex Drover will play in his 180th Major Junior game following a 187 game career in the QMJHL, Oren Shtrom is one point away from career number 40, and Owen MacNeil notched career point 40 with a goal and an assist against Lethbridge last Saturday. Defenceman Dru Krebs is just six games away from career game 150. Tigers Head Coach Willie Desjardins is 10 wins away from 400 behind the Tigers bench.

PLAYERS TO WATCH: Dru Krebs makes his return to the Tigers line-up after spending time with the Washington Capitals during the NHL Pre=Season where he played in one game and recorded over 20 minutes of ice-time. While Tomas Mrsic will make his debut, Mrsic was a first round pick of the Tigers in the 2020 WHL Bantam Draft.