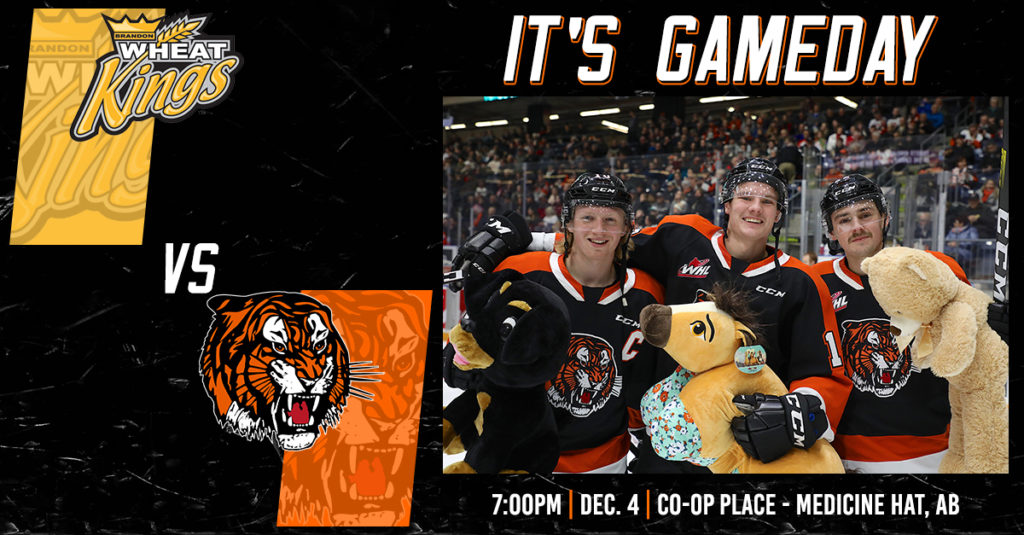 VS CENTRAL DIVISION: The Tigers have posted a 3-7-1-0 record this season vs Central Division opponents.

VS EAST DIVISION: The Tigers have posted a 1-6-2-1 record this season vs East Division opponents.

LAST GAME: The Tigers hit the QEII and headed north to Edmonton to take the Central Division leading Edmonton Oil Kings. Brayden Boehm and Daniel Baker had the markers for the Tigers, while Beckett Langkow allowed 8 goals on 45 shots. Dylan Guenther had a had trick for the Oil Kings and rookie John Szabo had a pair of goal in the win.

PLAYER TO WATCH: Brayden Boehm was a 2nd round pick of the Medicine Hat Tigers in the 2019 WHL Prospect Draft. The 17-year-old forward from Nanaimo BC has set new career highs in goals, assists and points this season and is looking to build of his previous success. Boehm has a quick first step, good release on his shot and a willingness to do whatever it takes to help his club.

TIGERS ROSTER MAKEUP: The Tigers have 24 players on the roster – 2 Goaltenders, 8 Defenceman and 13 Forwards, including 7 rookies.