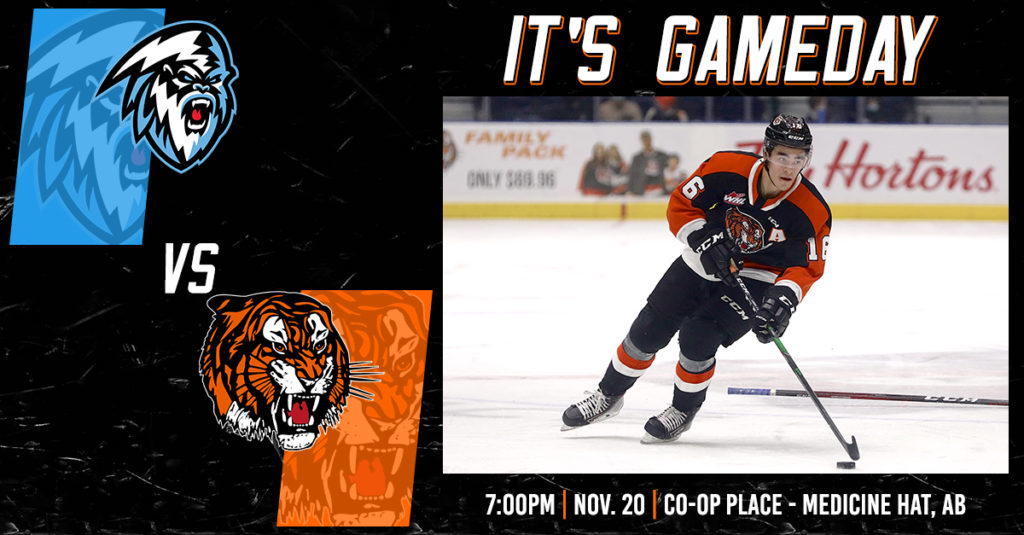 VS WINNIPEG: This is first meeting between these two teams since February 8, 2020. The last time the ICE and Tigers met, the ICE came away with a 4-1 win. Medicine Hat is 7-3-0-0 against the ICE over the past five seasons. The Tigers only have four players on their roster that has competed against the ICE. The Tigers are 2-5-3-0 in their previous 10 outings. Winnipeg is currently the #1 ranked team in the CHL with a record of 18-1-0-0. They are 9-1-0-0 in their last 10 games.

LAST GAME: The Tigers are coming off a 7-3 defeat at the hands of the Lethbridge Hurricanes. Gleb Ivanov scored his first career WHL goal, while Corson Hopwo chipped in his 7th and Teague Patton registered his 3rd of the campaign. Beckett Langkow gave up six goals on 26 shots in his second loss of the year.

MILESTONES: Lukas Svejkovsky recently played his 150th career WHL game. The Pittsburgh Penguins draft pick has 108 points (47G, 61A) and is only 3 goals shy of his 50th career goal. Corson Hopwo is closing in on his 100th career WHL point. The forward from Duncan, BC has caught fire of late, scoring in 6 of his last 9 appearances.

PLAYER TO WATCH: Corson Hopwo has scored in back to back games and now has 7 goals on the season, putting him second on the team in goals. The Burnaby BC product lead the Tigers in scoring during the 2021 season and is looking to best his career high of 15 goals (19-20). The feisty winger is on pace to score 30 goals this season.

TIGERS ROSTER MAKEUP: The Tigers currently have 23 players on the roster – 2 Goaltenders, 8 Defenceman and 13 Forwards, including six rookies.