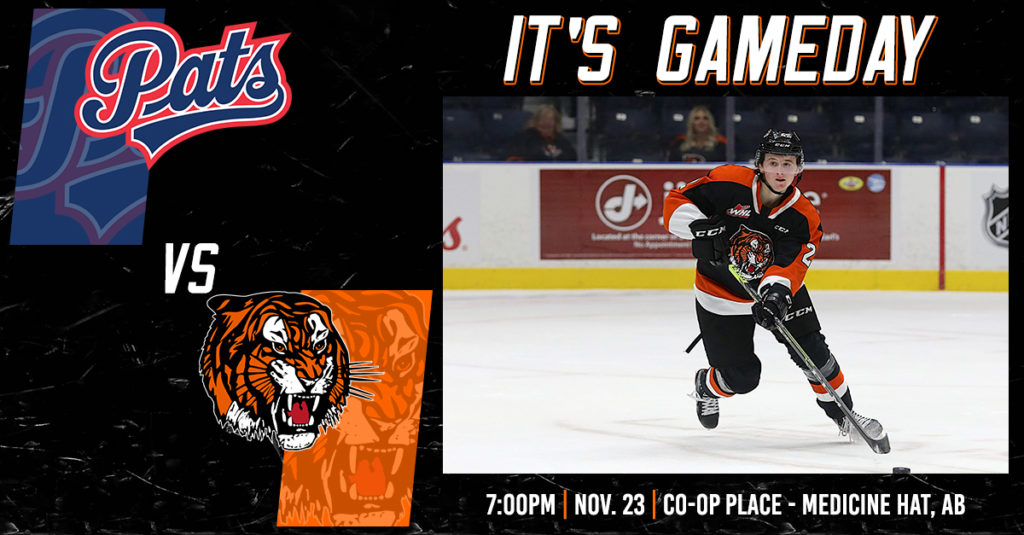 VS REGINA: This is first meeting between these two teams since February 29, 2020. The last time these two teams met, the Tigers came away with a 2-0 victory in Medicine Hat. Over the previous 5 seasons the Tigers hold a perfect 8-0-0-0 record against the Pats. Regina has lost three of their past five outings, while Medicine Hat is 0-3-2-0 in the last five games. Medicine Hat’s powerplay is currently 7th best in the WHL at 23.8% while the penalty kill is ranked 9th at 81.3%. Regina’s PP is ranked 3rd,  connecting on 26.2% of their opportunities. The Pats penalty kill is 14th (79.2%).

LAST GAME: The Tigers are coming off a 4-2 loss to the Winnipeg ICE on Saturday. Teague Patton (4) and Owen MacNeil (3) scored for the Tigers. Garin Bjorklund got the start for the second consecutive night and was solid between the pipes, stopping 28 of the 32 shots he faced.

PLAYER TO WATCH: Teague Patton has already set a new career high in goals and in points as the Kelowna, BC product registered his 3rd and 4th goals of the campaign over the weekend. The 17-year-old forward has stepped up to be an offensive contributor for the team. The 5’10 centre has shown he has a nose for the net and isn’t afraid to mix it up physically.

TIGERS ROSTER MAKEUP: The Tigers currently have 24 players on the roster – 2 Goaltenders, 8 Defenceman and 14 Forwards, including seven rookies.