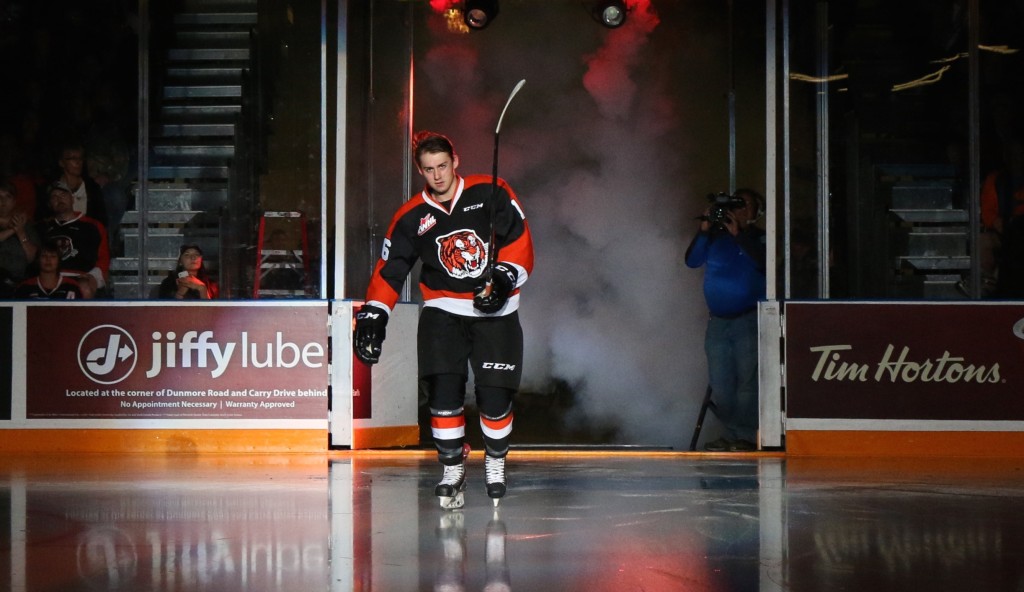 When Max Gerlach opted out of NCAA eligibility to sign with the Medicine Hat Tigers in July of 2015, he had his sights set on the NHL draft.

Now the 18-year-old Texas native is months away from the big day, and he’s earned his place in the conversation with a 130 ranking from International Scouting Services.

“I feel very fortunate,” said Gerlach. “When you’re on a list with that calibre of guys and anything that involves the NHL it’s obviously pretty special.”

The young American prospect admits it was a difficult choice to sign with the Tigers last off-season, as it forced him to uproot his life in the States—where he was currently playing in Colorado—and forge a new path in the Great White North.

“It was definitely a big decision to sign with the Tigers. I was pretty far away if you think about it,” he said, adding it was a life-changing choice made with the support of his family. “We felt very comfortable with it coming up to camp and seeing where I was going to be.”

The decision has paid off in volumes. Gerlach immediately made an impact with the Tigers, notching the team’s first-ever goal on their new home ice at the Canalta Centre. He followed that goal up with a strong inaugural season, finishing second among WHL rookies with 30 goals, and adding 15 assists for sixth on the team in points.

“Ever since that first game, scoring the first goal at the Canalta Centre, it’s been pretty exciting,” said Gerlach. “After that, I just started gaining momentum through the first half of the season.”

Gerlach struggled through the early part of 2016, posting only two goals in 12 games through the month of January, but as the Tabbies found their bearings and made a valiant push for the postseason, Gerlach found his game as well.

“It was pretty tough on me and my confidence,” Gerlach said of his January run, adding he leaned on the experience of others to battle through. “It was great to learn from guys who already had previous seasons of experience in the league. I was pretty lucky in that aspect.”