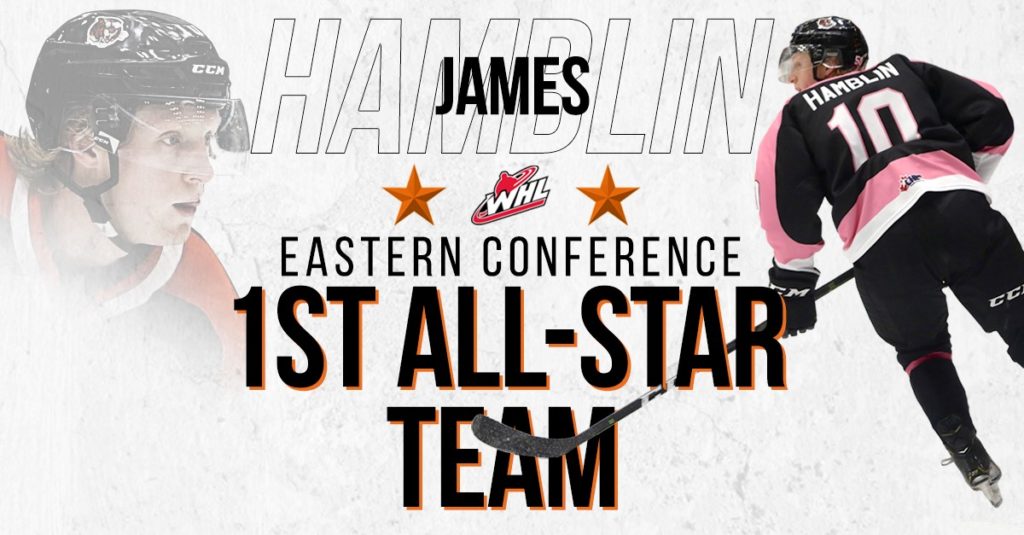 The 20-year-old Edmonton product led his team in scoring as well as the Eastern Conference with 92 points (36G, 56A) in 63 games played and he was third overall in league scoring.

Hamblin played his entire WHL career with the Medicine Hat Tigers suiting up for 324 games, scoring 115 goals and collecting 169 assists for 284 points. He set new career bests in all offensive categories during his final tenure with the Orange and Black. It is the 37th time in franchise history that a Tiger has been named to the First All-Star Team.

The Tigers would like to congratulate Hamblin as well as the other players named to the WHL Eastern Conference All-Star Team.