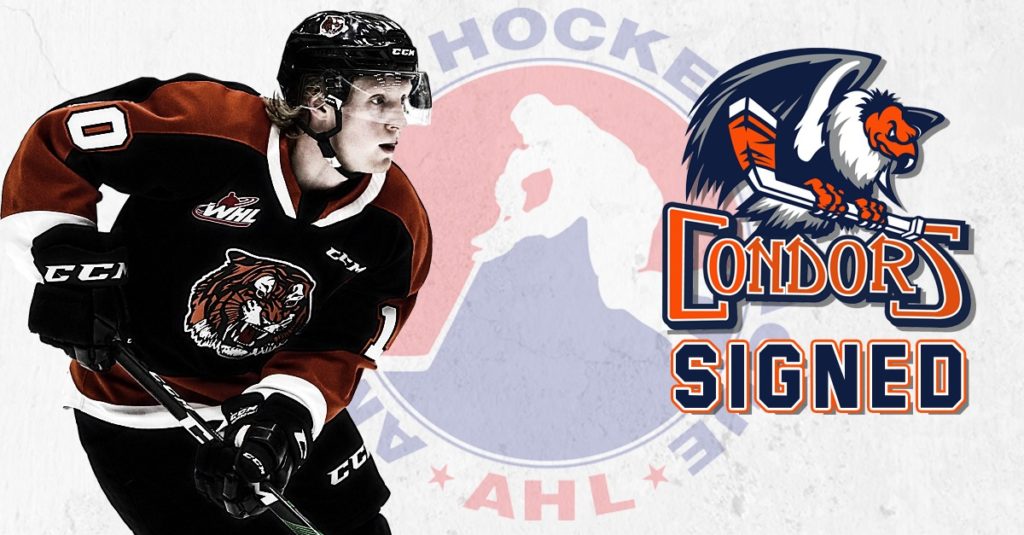 Medicine Hat, AB — The Bakersfield Condors of the American Hockey League (AHL) announced today that they have signed James Hamblin to a two year AHL contract beginning in 2020-21.

Hamblin led the Medicine Hat Tigers on and off the ice this season as their Captain and as their top point producer with 92 points (36G, 56A) in 63 games played, helping the Tabbies finish second in the Central Division.

“Jimmy was a complete player. He doesn’t do one thing particularly well, he does everything excellent. We relied on him to generate offence, shut down other teams’ top lines and play both sides of the special teams. Jimmy was usually the first player to the rink and the one of the last to leave. He wanted t get better every day,” said Assistant Coach Ryan Smith.

“We are extremely proud of him as a staff, he deserves this opportunity,” said Smith.

The Medicine Hat Tigers would like to congratulate Hamblin and wish him the best next season with the Condors.