HARD WORK PAYING OFF FOR SHAW 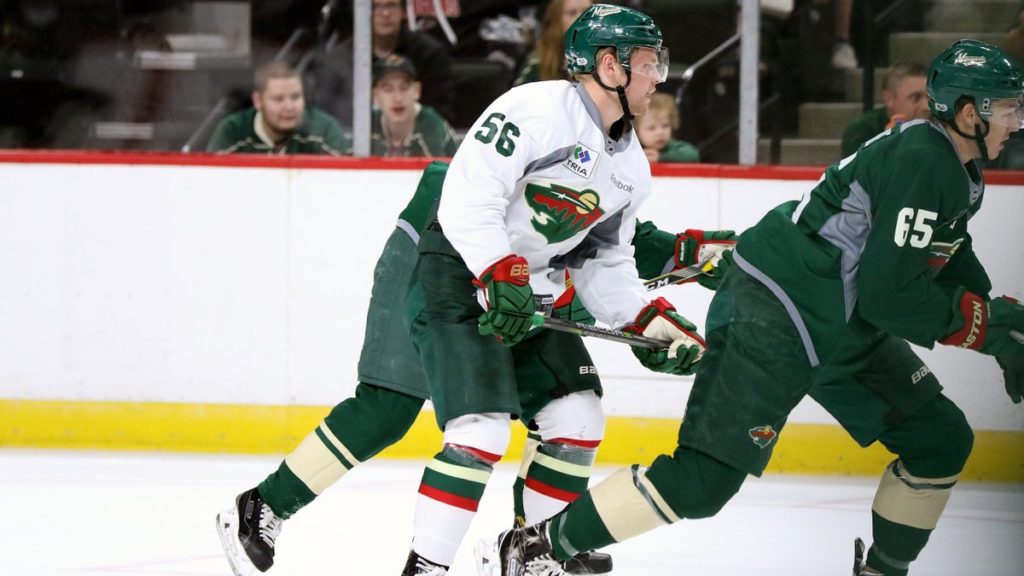 Growing up on a farm in Wainwright, Mason Shaw learned early that hard work pays off. The Medicine Hat Tigers forward and Minnesota Wild draft pick says it’s a mantra he applies both on the ice and to his daily life outside of the arena, and both of his teams have taken notice.

Shaw shared the hardest working player award with teammate Ryan Jevne at this season’s year-end banquet, then went on to earn the title again at Minnesota’s NHL development camp.

“I was definitely excited to get that. It’s something I’ve always prided myself on,” he said. “To be recognized for that was a pretty good thrill for me. I just wanted to make a good impression there. It was kind of the first time they’ve seen me other than in Medicine Hat, so I wanted to leave a lasting impression.”

Shaw finished his Western Hockey League season tied for seventh in the scoring race with 27 goals and 67 assists for 94 points. The standout season put him squarely on Minnesota’s radar, and in the fourth round of the NHL entry draft in Chicago, the Wild came knocking with the 97th overall pick.

It wasn’t long before the 5-foot-9, 180-pound playmaker was in St. Paul, Minn. with his new draft class. Shaw added he felt confident in his ability to play alongside the crop of NHL prospects — which featured a wide range of ages and nationalities.

“There were some guys there who were in their fifth camp and some were in their first camp,” said Shaw, adding it was a balance between finding his place and proving it. “You’re there and trying to show what you’ve got, but at the same time you’re trying to get comfortable and get to know the staff and some other guys there. I felt I stacked up pretty well and feel that I can compete at that level with those guys. There are still a lot of things for me to work on but I’m definitely happy with how I showed myself there.”

Shaw added he will return to the Wild on Sept. 6 for the NHL prospects tournament — which features rising talent from the Wild, Detroit Red Wings, Carolina Hurricanes, New York Rangers, Chicago Blackhawks, Columbus Blue Jackets, Dallas Stars and St. Louis Blues — where he hopes to build on what he achieved at development camp. In the meantime, he’ll be lacing them up with Team Canada at the IIHF World Junior Summer Showcase in Plymouth, Mich. starting July 28.

“I think I learned a lot throughout the week from the coaching staff and other players there. It was definitely a big learning curve and an experience that I really enjoyed,” said Shaw, who will fill the waiting time with an appearance with Team Canada at the World Junior Summer Showcase. “I’ll be back in Medicine Hat for camp for a couple weeks and then I’ll go down there and play at the rookie tournament in Traverse City.”