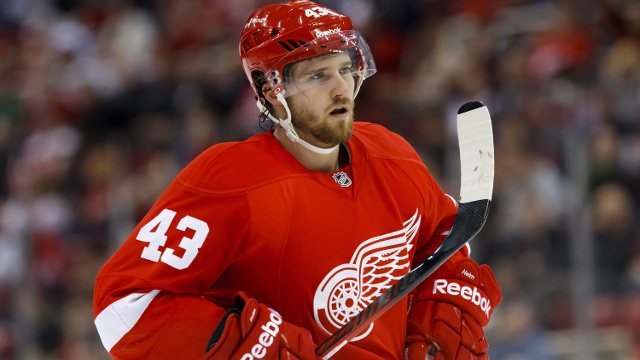 DETROIT — Darren Helm is a player that was ahead of his time.

You can’t last in today’s NHL without superior skating and that is something that Helm has always had since he came into the league at 21.

Now he is among five unrestricted free agents on the team who get to test the market starting July 1.

Of the five, Helm and Joakim Andersson are the only two who have spent their entire careers in Detroit.

“Slow start, some tough breaks with the puck, couldn’t seem to score early or add up to too many points but I thought I was playing well, I was skating well,” Helm said, assessing his season after the Wings cleaned out their lockers Monday. “I thought I finished off the season really strong and building off of that and getting into summer and look forward to next year.”

TO READ THE ENTIRE ARTICLE, CLICK THE LINK TO THE RIGHT —>