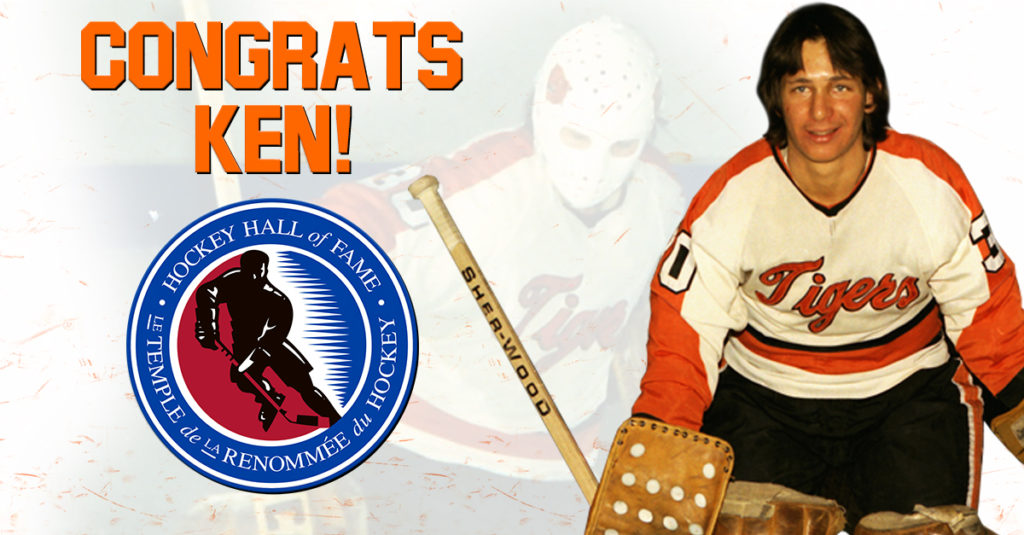 Medicine Hat Tiger Alumni and current General Manager of the Edmonton Oilers, Ken Holland, was inducted into the Hockey Hall of Fame today, in the Builder category.

Ken Holland’s path to the Hockey Hall of Fame began with the Medicine Hat Tigers in the 1974-75 season. Over the course of two seasons, Holland would play 78 games sporting a record of 45-21-5 to go along with a 4.05 GAA and a .806 Save Percentage. Holland would be selected by the Toronto Maple Leafs in the 12th round of the 1975 NHL Entry draft.

Holland first joined the Detroit Red Wings organization as a player in the 1982-83 season. In 1985 he would become an amateur scout and was soon promoted to Director of Amateur Scouting. In 1994 Holland was promoted to the role of Assistant General Manager for the Detroit Red Wings and General Manager of the Adirondac Red Wings, Detroit’s AHL affiliate. He was named the clubs 10th General manager on July, 18, 1997 – one month after the Wings won the Stanley Cup. One of his first transactions leading the ship was to trade the playoff MVP Mike Vernon to the San Jose Sharks. Some other notable moves came from the summer of 2001 where he would assemble one of the best teams in hockey. Holland would sign Luc Robitaille and Brett Hull, as well as traded for goaltender Dominik Hasek. Ultimately nine players from that roster would be inducted into the Hockey Hall of Fame.

Holland would earn four Stanley Cup rings in Detroit. One as an Assistant GM (’96-97) and three as the General Manager (’97-98, ’01-02, ’07-08). Under Holland, the Wings made the playoffs for 25 consecutive seasons. After 34 years with the Red Wings Holland left Detroit to help the Edmonton Oilers return to the playoffs.