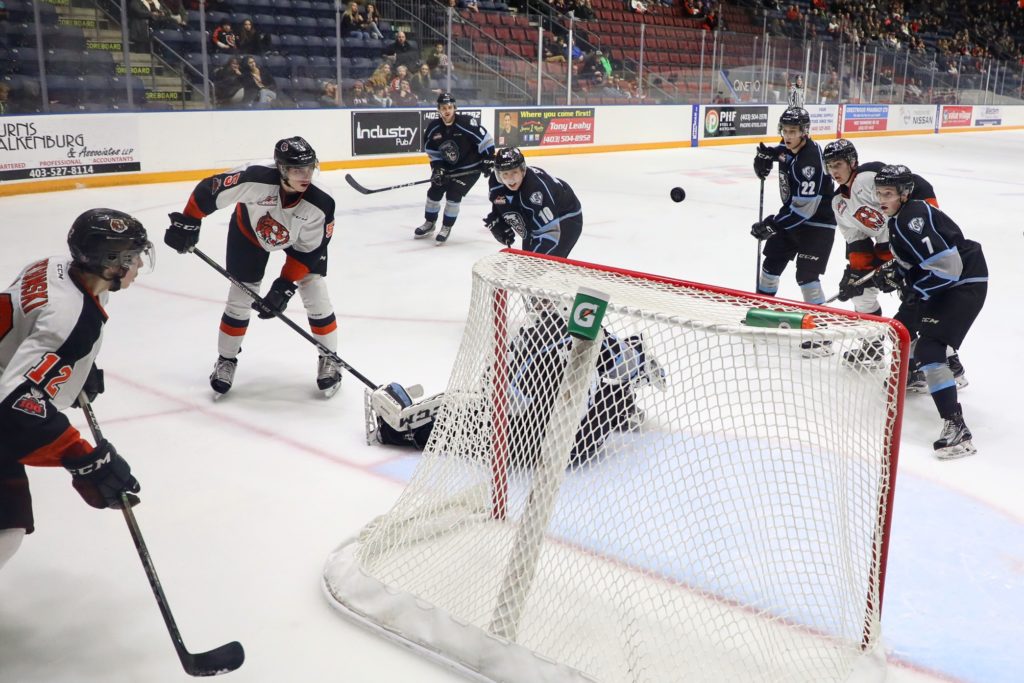 The Kootenay ICE stole one from the Medicine Hat Tigers with a 4-3 victory Wednesday night at the Canalta Centre.

Martin Bodak scored on the power play early in the first period to give the ICE a 1-0 lead.

Just over a minute later, Mark Rassell scored the equalizer on a play from David Quenneville and James Hamblin.

Hamblin gave the Tabbies the lead with a backhand shot shortly after Rassell’s goal. Joel Craven assisted Hamblin’s 14th goal of the season.

On a play from Dylan MacPherson, Ryan Chyzowski beat ICE netminder Duncan McGovern far side, just above the blocker. The Tigers headed to the dressing room after 20 minutes of play with a 3-1 lead.

In the second period, Bodak cut the Tabbies lead to one.

Chyzowski rang the puck off the frame on the power play but the Tigers were held scoreless in the second frame, despite outshooting their opponents 11-6.

Midway through the final period, ICE Michael King slid the puck into the net to tie the game up at 3.

With 4.2 seconds left in regulation, ICE Brett Davis beat Jordan Hollett to win the game for the visting team.