IN THE CARDS WITH OREN SHTROM

IN THE CARDS OREN SHTROM
by
Erin Schwab 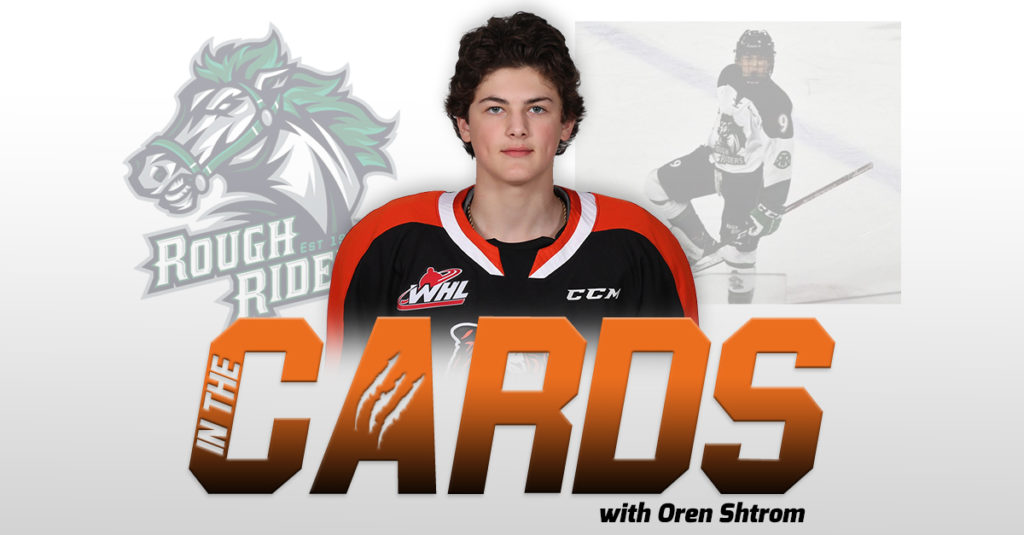 Medicine Hat, AB – Another Medicine Hat Tigers prospect whose name Tigers fans will hopefully become familiar with in the future is Oren Shtrom.

“Oren is a confident and intelligent player. He has a good arsenal of playmaking and goal scoring abilities. His vision and knack for creating space make him a consistent offensive threat,” said Bobby Fox, Tigers Director of Player Personnel.

Shtrom was drafted in the third round, 57th overall by the Tabbies in the 2019 WHL Bantam Draft. Despite being born in Montreal, he was eligible to be drafted by the Tabbies since his family relocated to Arizona when he was 11 years old.

“I was pretty young so it wasn’t a huge adjustment hockey wise but the biggest difference was when I got to Arizona, the coaches didn’t say much, they just let us play and develop,” said Shtrom of taking his game from Canada to the States.

Before the beginning of the 2019-20 season, Shtrom and his family moved from Arizona to Fort Collins, CO, where he played for the Rocky Mountain RoughRiders 16U. He had 73 points (27G, 46A) in 56 games played. The RoughRiders won the Tier 1 Colorado State Title and they were planning on travelling to Arizona to represent Colorado in the Rocky Mountain District Tournament when the pandemic put an end to their season.

“I thought it was a pretty good season for both the team and myself. We beat some good teams and I thought I played well for the most part, but definitely a bummer the way it ended with the COVID situation,” said Shtrom.

Since the pandemic put an end to his season, Shtrom has been focusing on getting stronger and more explosive for next season. The gyms in Colorado have been open for a while now and the rink that he uses has put together small groups of players to skate to help him achieve his offseason goals and to hopefully be able to make the jump to the Western Hockey League.

Shtrom’s father, Leeor, was a goaltender who played Division I Hockey for Union College, ECHL, and AHL training camps before a career ending hip injury.

“He’s the reason I got into hockey and he’s just helped me with everything. He knows what it takes to get to a high level so it’s a huge advantage and he just gives me little tips that maybe the normal kid wouldn’t get,” said Shtrom.

Leeor coached the RoughRiders 15U this past season and their season highlight included winning the CCM Boston Invite tournament. Leeor has been a great mentor for his son and when asked what the best advice Leeor has given him, Shtrom replied, “to just control what you can, not to worry about what’s going, and just to play.” 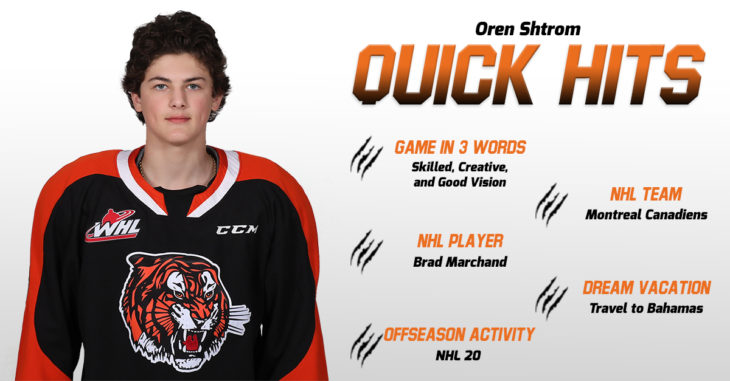