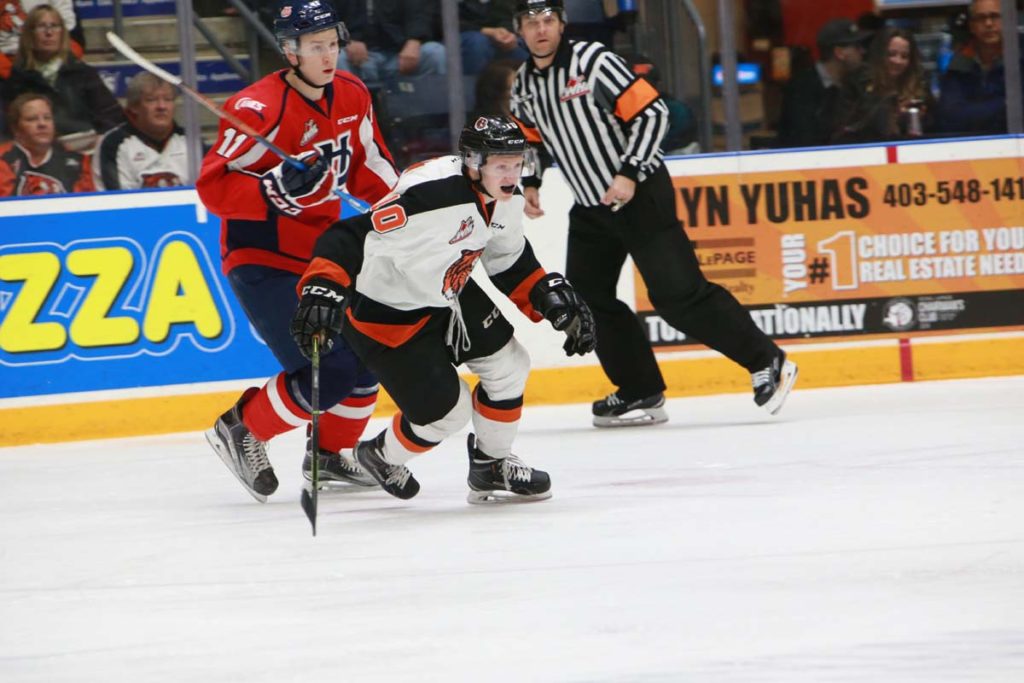 Ryan Jevne and James Hamblin shared plenty of time together as rookies with the Medicine Hat Tigers last season, but when the two met back up for fall camp last week something seemed to click.

Given the chance at top-line minutes together in Medicine Hat’s opening pair of pre-season games against the Lethbridge Hurricanes in Coaldale and Taber, the duo gave fans a reason to expect big things with 10 shared points across the two contests.

“We built a bit of chemistry at camp and I think it kind of carried over to the games. We work well together,” said Hamblin, who sits third in pre-season scoring with four goals and two assists. “We definitely got off rolling. The first few shifts were awesome and we just sort of got in the groove.”

Three of Hamblin’s four goals have come from the stick of Jevne, while Jevne’s lone marker was, of course, set up by Hamblin.

“We kept it simple because that’s what we knew we needed to do,” said Jevne. “A lot of bounces went our way and we put the puck in the net.”

The surge is a big step in the right direction for the pair of 1999-born forwards. Jevne is coming off a 10-point season, while Hamblin — Medicine Hat’s first-round selection in the 2014 bantam draft —recorded just two goals and one assist across 54 games.

Hamblin added he put his nose to the grindstone over the off-season, packing on some extra pounds while striving to improve his speed as well.

“I think that speed has really helped me to get around defenders and the strength has been helping me with bodies and getting the puck on net,” he said. “Everything’s just kind of tying in together.”

While the Tigers dropped their second pre-season matchup, 4-3 in Taber, Jevne says there’s a great deal of optimism surrounding the team.

“I think everyone has that same feeling,” he said. “We’re going to be a very strong team this year. Obviously our team’s not completely set but everyone is looking forward to the year.”

The Tigers get back to exhibition action Friday in Wainwright against the Regina Pats.