MACPHERSON RISING TO THE OCCASION 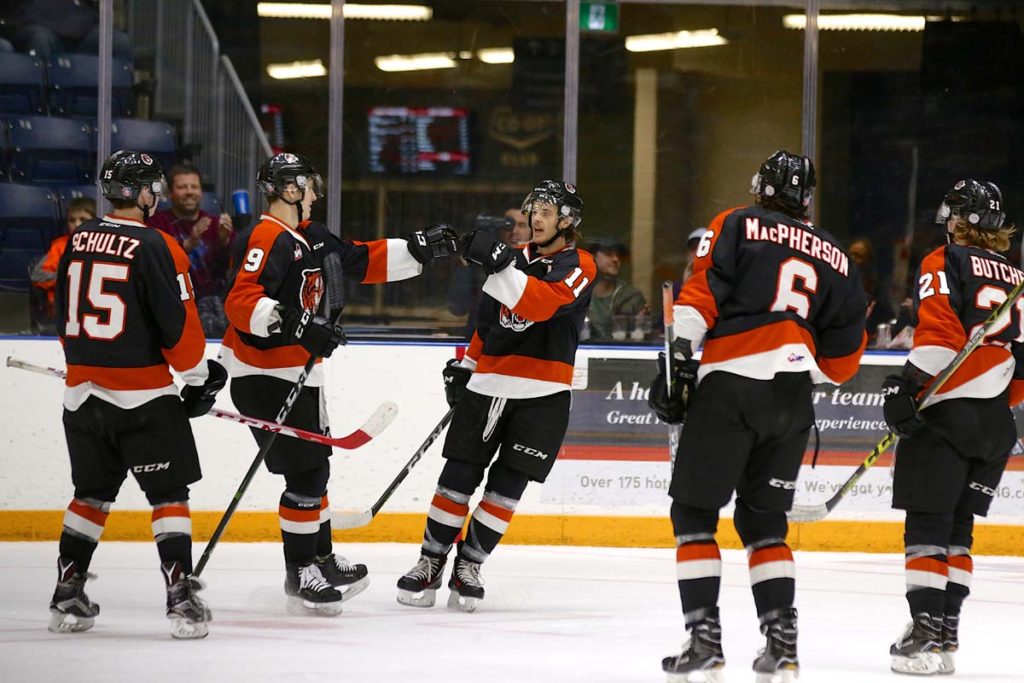 Redcliff’s Dylan MacPherson took an unconventional road to the Western Hockey League, but there’s no question it’s where he belongs.

The 18-year-old defenceman joined the Medicine Hat Tigers as a call up from the midget AAA South East Athletic Club Tigers last season. While it was a steep learning curve, Tigers head coach and general manager Shaun Clouston says MacPherson has been truly hitting his stride as a key factor to the team’s success through the first round of the post-season.

“He’s really found a level of confidence that you need to get to as a player to really have success,” said Clouston. “In order to become a real contributor you have to get to that point where you want to be on the ice and believe you can make an impact, you’re not just trying to get through shifts without making mistakes. It appears as though Dylan has crossed that where he believes that he can make an impact.”

MacPherson took part in 51 games during the regular season and likely would have been a scratch upon Ty Schultz’s return from injury had it not been for an undisclosed ailment to Brad Forrest — who left the lineup as Schultz returned for Game 2 against Brandon. That said, Forrest was ready to return to the lineup for Game 4, but Clouston opted to ride MacPherson’s strong start to the post-season.

“With Dylan MacPherson playing as well as he has —he’s just improved in leaps and bounds this year and he’s playing with a ton of confidence — it became, I guess, not necessary to insert (Forrest) in Game 4,” said Clouston. “He wins races for loose pucks, he tight-turns guys, he takes four or five steps up the ice and loses forecheckers — so now they’re not forecheckers anymore they’re backcheckers. He’s carried the puck deep into the offensive zone and made good decisions.”

MacPherson posted his first career playoff assist in his first post-season game then added another in Game 2 while providing a reliable presence on Medicine Hat’s blue line. And he agreed, a lot of it comes down to believing he belongs on the ice against the league’s best.

Read the remainder of the article here —-> MH News Article