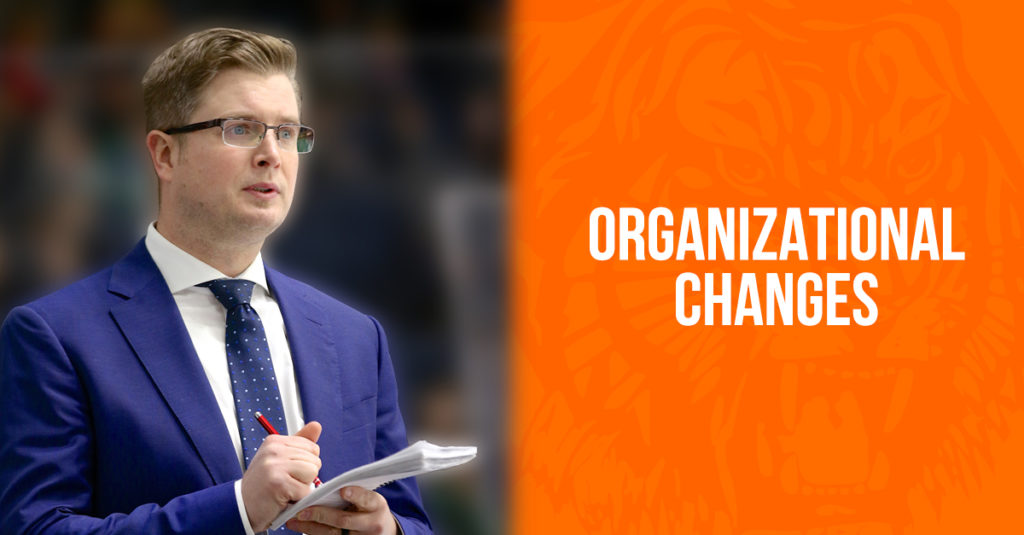 The Tigers also announced that Carter Sears will not be returning next season.

“We are excited to be able to promote someone from within our group” stated General Manager and Head Coach Shaun Clouston. “Bobby exemplifies many positive qualities that will be important moving forward in his new position. He has valuable firsthand experience with our team and an understanding of the attributes we look for in our players and value as an organization.”

Fox has been an assistant coach with the Tigers since the 2016-17 season and has over 10 years of coaching experience. He also has experience with player personnel from his time as the Assistant General Manager of the Okotoks Oilers of the Alberta Junior Hockey League.

“I am extremely excited for this next step in my career and to build on the success of this storied franchise,” Fox said. “I’d like to thank the entire Tigers family for giving me this opportunity.”

In addition to his new position with the Tigers, Fox will be the associate coach of Team Alberta for this year’s Canada Winter Games. He has been involved with Hockey Alberta in various capacities over the years.

Clouston also commented, “We would like to thank Carter for his hard work and contributions to our hockey team.”