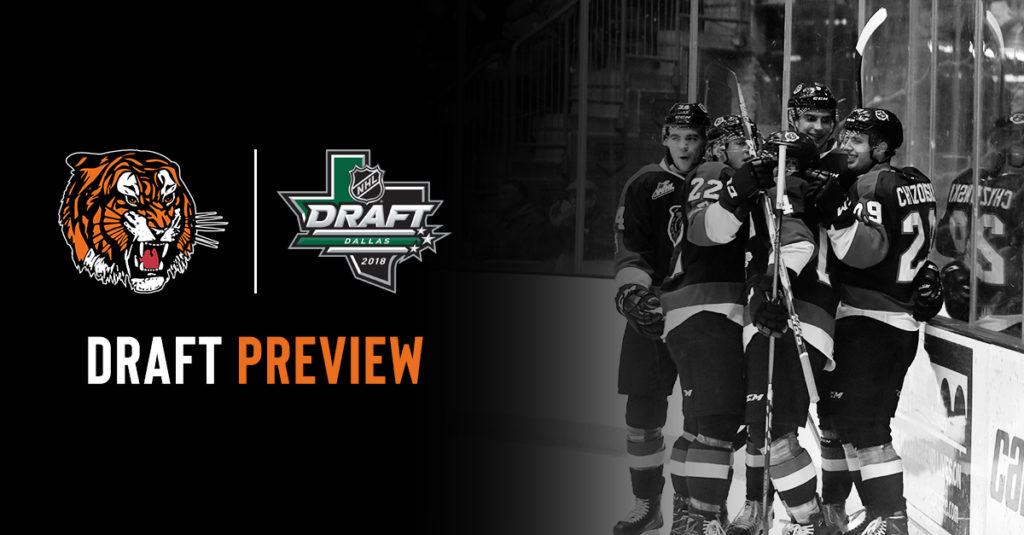 Medicine Hat, AB – Hearing your name called during the NHL Entry Draft is a dream of young hockey players around the world.

Out of the 17 players eligible, nine are considered “draft overagers”, meaning they have already been eligible for a previous draft. The cutoff for North American-trained players who are draft overages is any players born between January 1, 1998, and September 15, 1999. For European-raised overage prospects, the cut off is January 1, 1997, to September 15, 1999, which means Tigers overager Kristians Rubins is also eligible for this year’s draft and including in the 17 players eligible.

Here is a breakdown of who is eligible:

This year’s draft will be held on June 22 to 23, 2018, at the American Airlines Centre in Dallas, Texas. All the first round picks of the 56th NHL Entry Draft will be announced Friday with the subsequent rounds announced Saturday.