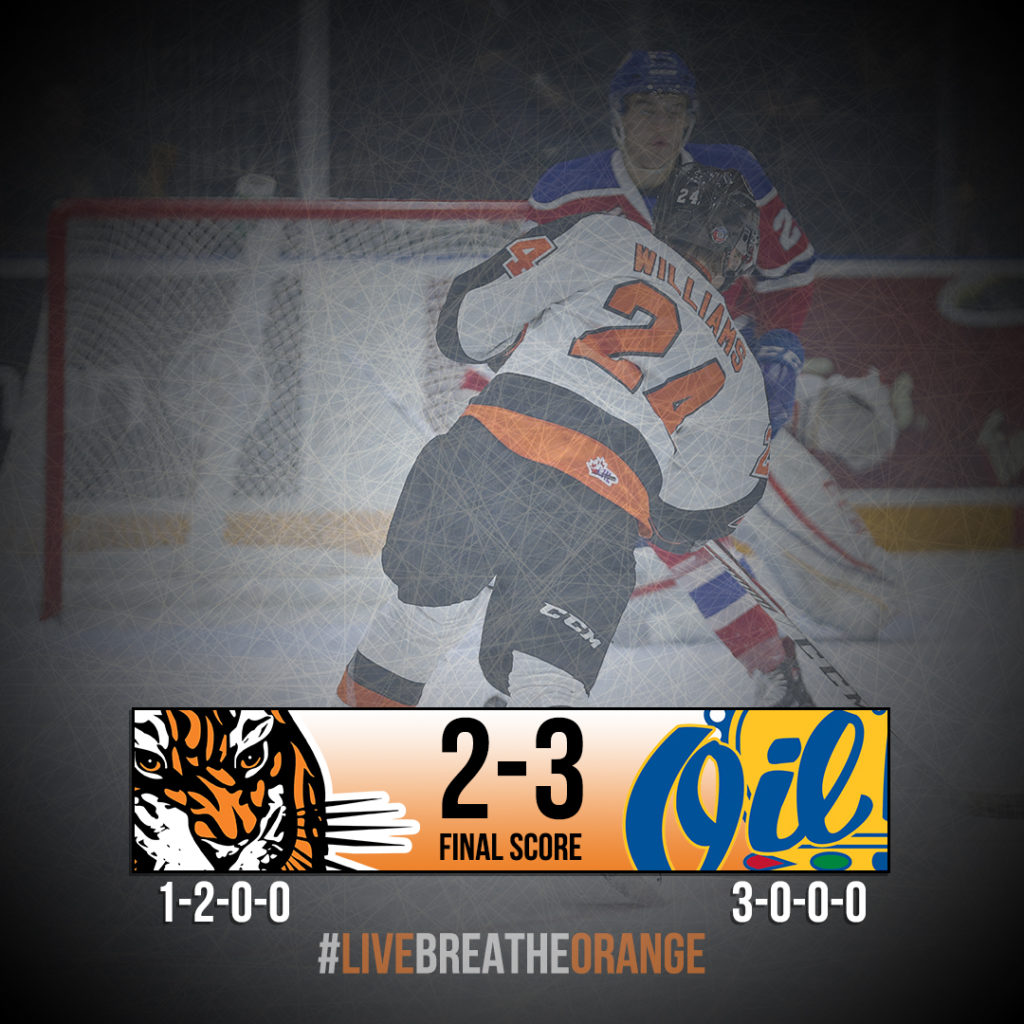 The two Central Division rivals were tied 2-2 going into the final frame but Oil Kings forward Andrei Pavlenko broke the stalemate midway through the period to win it for the home team.

During a first period power play,  Ryan Chyzowski fed the puck to Gary Haden whose shot was redirected by Bryan Lockner to give the Tigers a 1-0 lead.

Earlier in the second stanza, Van Impe fired a shot in from the point to give the Tabbies a 2-0 lead. Henrik Rybinski and Elijah Brown combined to set up Van Impe for his first milestone as a Tiger.

Later in the period, Brett Kemp scored twice just over two minutes apart to tie the game up at 2 apiece.

Midway through the third frame Pavlenko scored his game winning goal by poking in a rebound past Tigers goaltender Jordan Hollett.

Hollett made quite a few big saves for the Orange and Black while stopping 30 of 33 shots he faced. Oil Kings goaltender Dylan Myskiw made 33 saves on the Tabbies’ 35 shots.