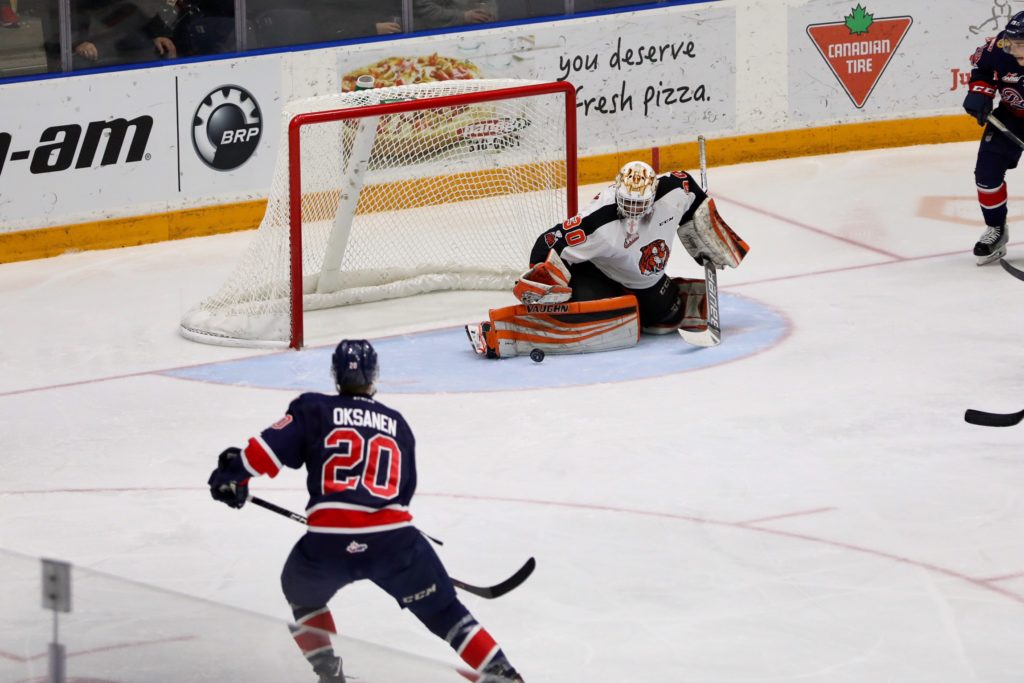 The Medicine Hat Tigers collapsed in the third period and fell 6-3 to the Regina Pats.

The game was locked at 3-3 going into the final frame where Regina was able to score three unanswered goals to seal the victory.

On a play from Ryan Jevne, Tyler Preziuso’s shot went off a Pats defenceman and into the net to tie the game up at one a piece.

Fifty-six seconds later, Henry Rybinski gave the home team their first lead of the night while scoring his third goal of the season. Hayden Ostir and Josh Williams combined to set up Rybinski.

With fifteen seconds left on the clock, Koby Morrisseau scored to send both teams to the dressing room tied 2-2 after 20 minutes of play.

The Pats come out strong in the middle frame and Emil Oksanen regained the lead for the visitors early into the period scoring on a power play.

After a scramble in front of the net, Mark Rassell pounced on the loose puck to tie at 3 a piece. The Captain’s 49th goal of the season was assisted by David Quenneville and Bryan Lockner.

Libor Hajek added another power play goal for the visitors before Morrisseau scored his second goal of the evening. Josh Mahura landed the final blow scoring on a power play late in the third period.

Michael Bullion made 23 saves on the 29 shots he faced. Max Paddock turned aside 24 of the Tabbies’ 27 shots.

The Orange and Black are now 34-25-8-0 and will host the Edmonton Oil Kings on Friday at the Canalta Centre. The game starts at 7:30 PM.