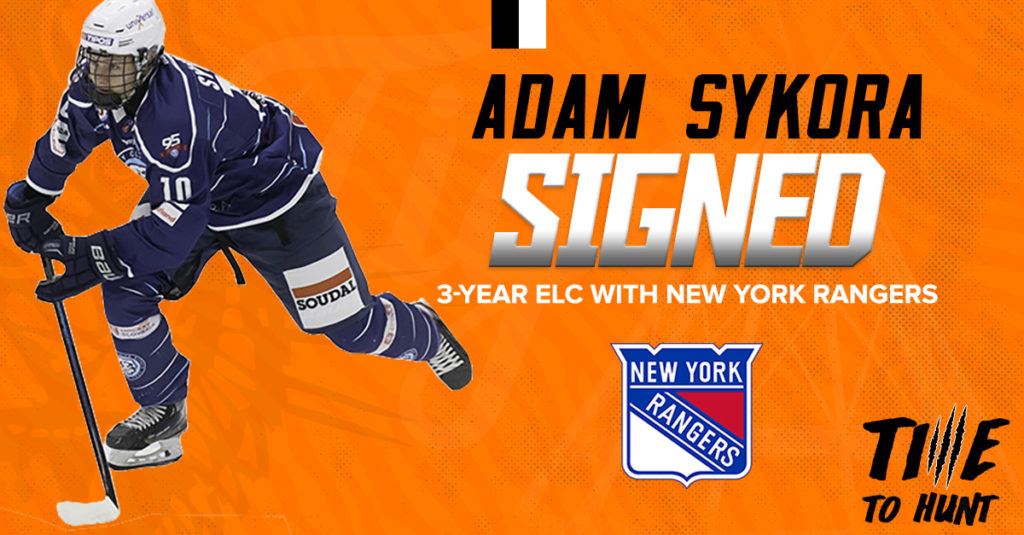 Sykora, 17, was selected first overall by the Medicine Hat Tigers in the 2022 CHL Import Draft on July 1. He spent the majority of the 2021-22 season with HK Nitra of the Slovak Extraliga, where he registered 10 goals and seven assists in 46 games. Sykora also represented Slovakia at the 2022 IIHF World Championship, posting two goals and three points in six games. Sykora was drafted by the Rangers in the second round with the 63rd pick in the 2022 NHL Draft.

The Medicine Hat Tigers organization would like to congratulate Adam on this achievement.