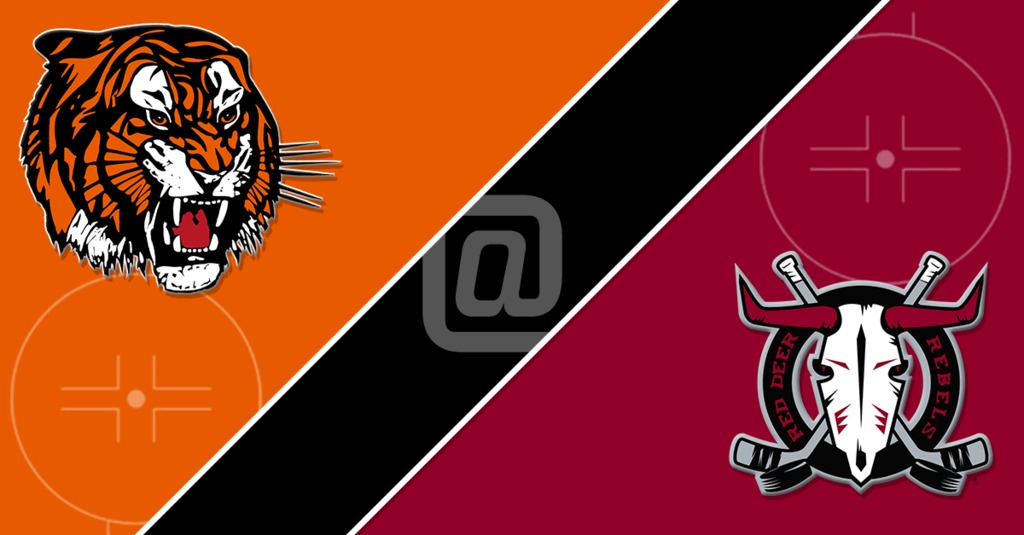 A third period push from the home team Red Deer Rebels stole the game away from the Medicine Hat Tigers.

After a 1-1 stalemate going into the final frame, the Rebels scored three unanswered goals in the last 3 and half minutes of play to win their first home game since October.

Early in the first period, on a hard working play from linemates Gary Haden and Elijah Brown, Jaeger White was able to fire the puck into a wide open net to get the Tigers on the scoreboard.

The play was coast to coast after White scored, but the Rebels were able to capitalize on their offensive pressure and Mason McCarty found a way to get the puck past veteran netminder Michael Bullion.

The Tabbies had a lot of offensive pressure in the middle frame out shooting the Rebels 14-6 but the stalemate continued.

Bullion put on a strong performance for the Tigers, making more than one huge save on 2 on 1 plays that could have giving the home team the lead, including a sprawling left pad save late in the second period.

With less than four minutes left in regulation, McCarty stole the puck and managed to beat Bullion to give the Rebels their first lead of the night.

Just over a minute later, Grayson Pawlenchuk extended the home team’s lead by burying the puck on a cross ice pass.

Bullion was pulled to give the Orange and Black an extra attacker, but the Rebels regained possession of the puck and Kristian Reichel found the back of the net.

Rebels goaltender Ethan Anders turned aside 36 of the Tigers’ 37 shots, while Bullion made 28 saves on 31 shots.

The Tigers are now 24-19-5-0 and will travel to Edmonton to face the Oil Kings tomorrow night at Rogers Place.