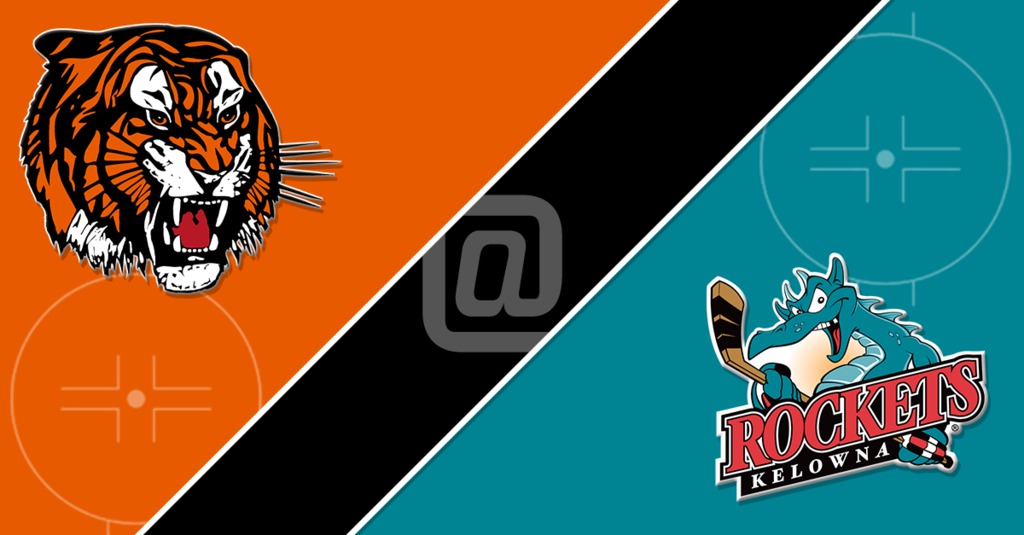 The Medicine Hat Tigers were forced to settle for a split on their four-game road trip through B.C.

A 4-0 loss to the Kelowna Rockets on Saturday at Prospera Place sent the Tigers heading back home with a 2-2-0-0 split on the road and a 15-9-0-0 record on the Western Hockey League season.

While the Tabbies held Kelowna to just four shots in a scoreless opening frame and racked up 10 of their own in the process, the Rockets broke through Michael Bullion’s defences in the second. Rockets winger Liam Kindree was credited for his fourth of the season after jamming a rebound past the Tiger netminder to break open the stalemate just over a minute into the period.

Rockets centre Dillon Dube doubled up on the lead later in the second, beating Bullion clean with a wrist shot from the circle for his 14th of the year.

Carsen Twarynski kept Kelowna’s offence rolling in the final minute of the period after forcing a costly turnover at the Tiger blue line and dangling his way past Bullion for a highlight reel shorthanded goal — Kelowna’s third on eight shots in the frame.

While Medicine Hat peppered Rockets goaltender Roman Basran through the opening 40 minutes, they were unable to sneak anything past the 16-year-old rookie despite 15 second-period attempts.

Kelowna added to their lead early in the third when James Hilsendager beat Bullion on a shot through traffic from the point — spelling an end to Bullion’s night after four goals on 13 shots.

The Tigers looked to get on the board a few minutes later when James Hamblin deflected a Cam MacPhee point shot past Basran, but the goal was waved off due to a high stick and there was not enough evidence to overturn the call upon review.

Basran finished the shutout victory with a total of 38 saves to push the Rockets to 14-8-2-1. It was Basran’s first career start and the second game of his young career.

Medicine Hat’s power play went 0-for-7 while allowing a shorthanded goal in the loss.

Tigers captain Mark Rassell had an eight game goal-scoring streak snapped in the setback. The 20-year-old Calgary product recorded 12 goals and four assists in the span.

Medicine Hat kicked off their four-game road trip with a pair of victories over the Cougars in Prince George on Tuesday and Wednesday, but suffered a 6-3 setback at the hands of the Kamloops Blazers Friday before closing out the swing in Kelowna.

The Tigers return to the Canalta Centre Wednesday to host the Portland Winterhawks (19-4-0-0) at 7 p.m.