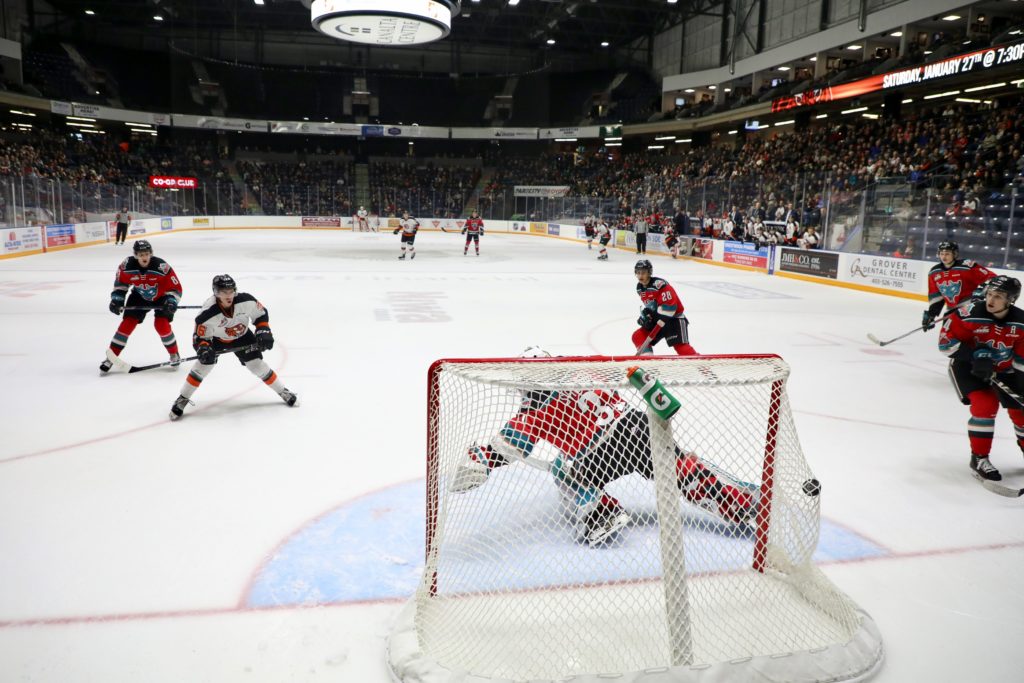 The Kelowna Rockets cooled the Medicine Hat Tigers’ hot start to win the game 4-3 in overtime.

Cal Foote found a way to beat Michael Bullion just over three minutes into overtime to win the game for the visiting team.

Mark Rassell started the game with style scoring his 40th goal of the season less than a minute into the first. On a play that started from Bullion, David Quenneville fed Rassell the puck on a stretch pass to beat out the icing call before Rassell snapped it home to give the Tigers a 1-0 lead.

Just over five minutes later, with mass confusion in front of the net, Rassell spun around, hit the puck off a Rocket defender and it found its way into the back of the net. James Hamblin and Bryan Lockner assisted on the play.

Rockets’ Kole Lind had a breakaway midway through the period but Bullion stood tall and denied the Rockets’ leading point producer.

With 15 seconds left in the first frame, Leif Mattson found a way to get the visiting team on the scoreboard and the two teams would head to dressing room after 20 minutes of play with the Tabbies leading 2-1.

The line of Elijah Brown, Gary Haden and Jaeger White have been playing well together. In the dying minutes of the second period, their hard work paid off as White found the back of the net on a great passing play from his linemates.

In the final frame, Lind managed to solve Bullion and cut the home team’s lead to 1.

On a power play midway through the period, Rockets’ Conner Bruggen-Cate tied the game up at 3 to send it to overtime.

Foote’s game winning goal was his 10th of the season.

Bullion turned aside 34 of 37 shots faced; while Rockets netminder Brodan Salmond stopped 29 of the Tigers’ 32 shots.

The Orange and Black are now 25-19-6-0 and will host the Moose Jaw Warriors tomorrow night at the Canalta Centre. The game starts at 7:30 PM.