ROUND 1 GAME 2 VS EDMONTON 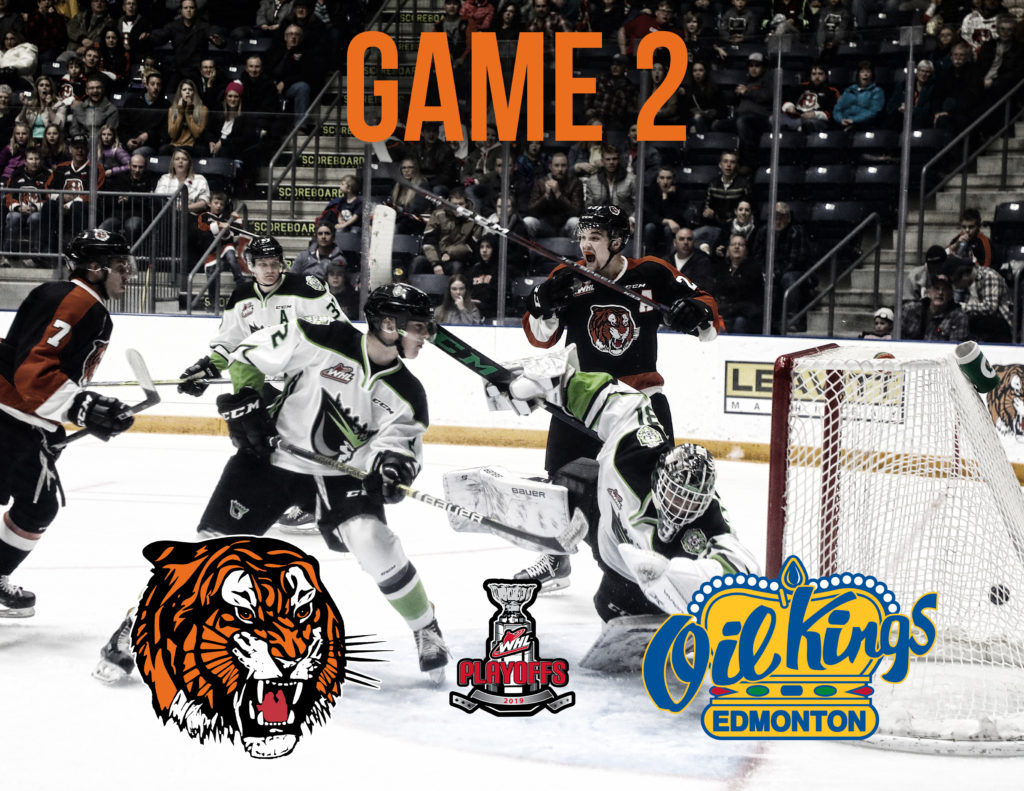 The Medicine Hat Tigers won the first game of the series 2-1 Saturday night in Edmonton. James Hamblin and Hayden Ostir scored for the Tigers while rookie goaltender Mads Søgaard turned aside 49 of 50 shots faced. After tonight’s battle, the Tabbies will host the Oil Kings Tuesday and Wednesday nights at the Canalta Centre for games three and four. Both games will start at 7 PM.

Despite firing 50 shots on net, the Edmonton Oil Kings fell 2-1 to the Medicine Tigers in the first game of their series last night. NHL Draft Eligible forward Josh Williams scored late in the game to get the Oil Kings on the scoresheet.

Mads Sogaard is the 6’7 Danish goaltender in his first season with the Tigers. The 17-year-old Aalborg, Denmark native has quick lateral movement, is incredibly patient and calm in net. He has great positioning and rebound control. Sogaard was drafted by the Tigers in the 2018 CHL Import Draft and he is the first import goaltender to play in Orange and Black since Marek Langhamer who was drafted in 2012. Søgaard is eligible for the 2019 NHL Draft and he was ranked third amongst North American goalies in the NHL Central Scouting Midterm Report.

Captain James Hamblin was the Tigers’ top point producer during the regular season with 77 points (33G, 44A) in 67 games played. The 19-year-old Edmonton product opened the scoring for the series Saturday night by scoring a shorthanded goal early in the second stanza. Hamblin is a speedy, two-way forward who sees both sides of the puck well. The Tigers’ Captain will look to lead his team by example throughout the series with his hard work ethic.