ROUND 1 GAME 4 VS EDMONTON 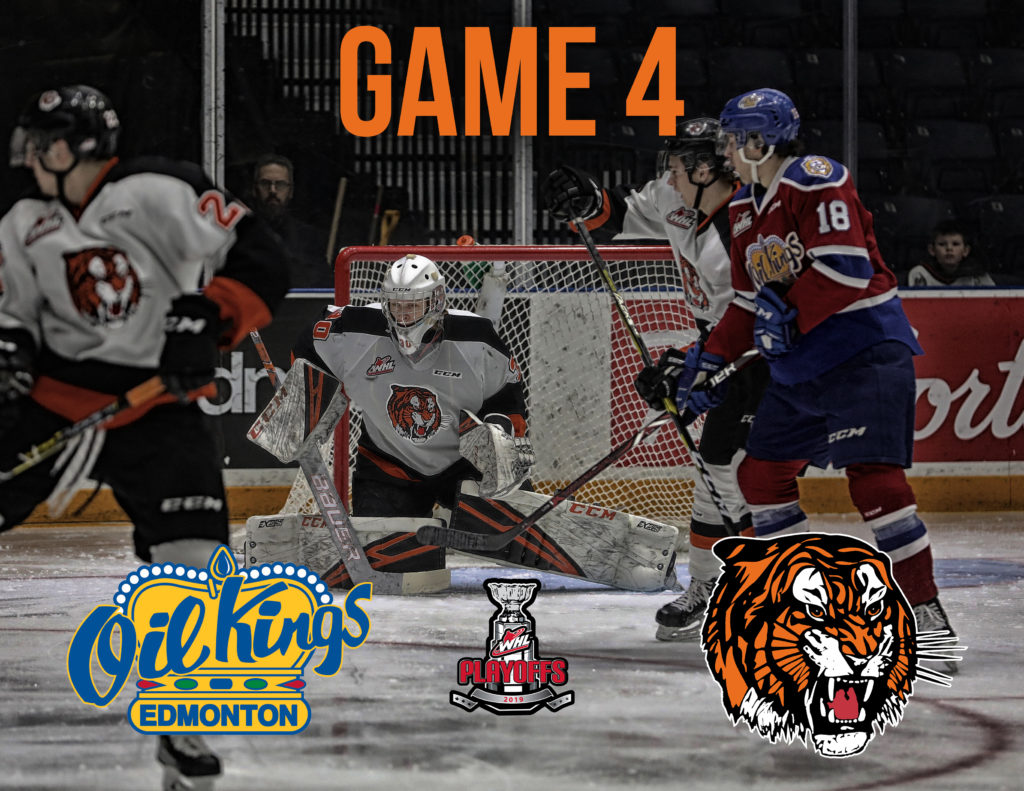 The Medicine Hat Tigers defeated the Edmonton Oil Kings 5-0 in the third game of the Eastern Conference Quarter Finals. Rookie goaltender Mads Søgaard stopped all 32 shots faced to earn his first shutout of the playoffs while the Tabbies had five different goal scorers in the game. The Orange and Black now lead the series 2-1 and they are led by Linus Nassen with 4 points (2G, 2A).

The Edmonton Oil Kings fell 5-0 in game three of the Eastern Conference Quarter Finals. They are led by 2019 NHL Draft Eligible Josh Williams with 2 points (1G, 1A). After tonight’s battle, the Oil Kings will return home to Rogers Place to host the Tabbies for game five of the series on Friday night.

Hayden Ostir has consistently been one of the Tigers hardest working players throughout this series. The 19-year-old Winnipeg native has 2 goals in 3 games played. Ostir is a hard-nosed, tenacious forward with quick hands and great puck instincts. Look for Ostir along with linemates Cole Sillinger and Logan Christensen to make an impact in tonight’s tilt.

Captain James Hamblin was the Tigers top point producer all season with 77 points (33G, 44A) in 67 games. The 19-year-old Edmonton product has 3 points (2G, 1A) in this series and both of his goals have been shorthanded. Hamblin is a skilled, two-way forward in his fourth season with the Orange and Black. He brings energy and passion to the Tigers lineup as he leads the team by example with his hard work ethic.