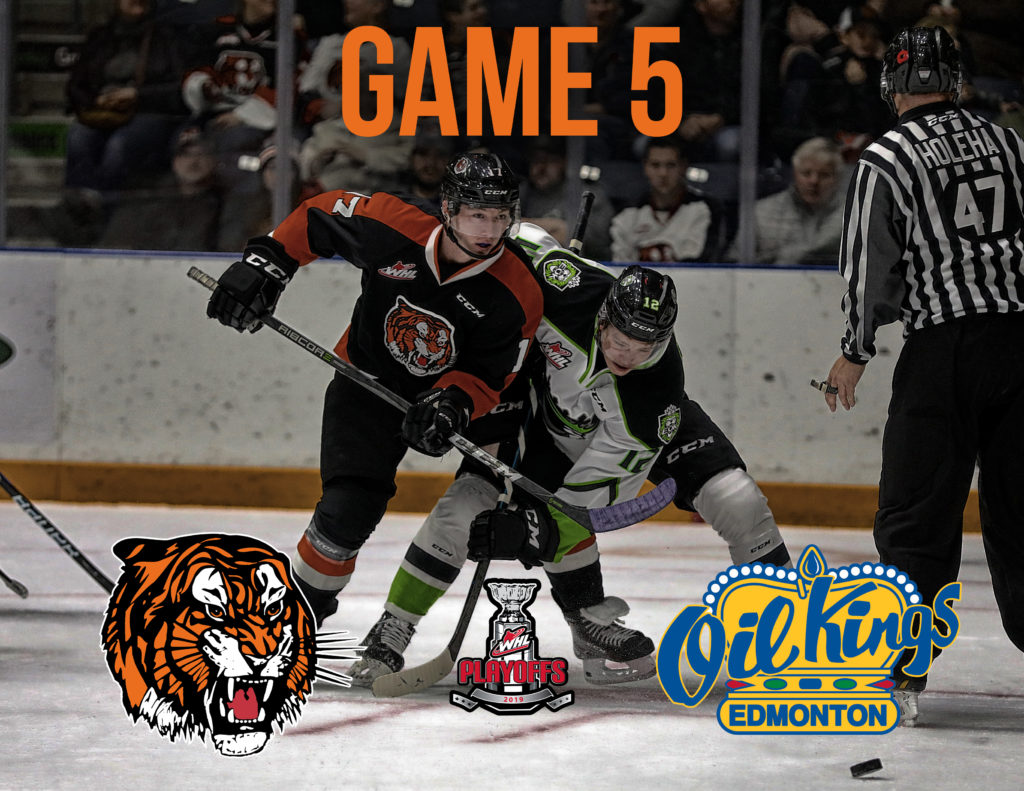 The Medicine Hat Tigers fell 5-1 in game four of the Eastern Conference Quarter Finals on Wednesday night. The series is now tied 2-2 and the Tabbies will travel to Edmonton for game five tonight at Rogers Place. The Orange and Black are led by veterans James Hamblin (2G, 2A), Linus Nassen (2G, 2A) and Ryan Chyzowski (1G, 3A). After tonight’s battle, the two Central Division Rivals will return to the Canalta Centre for game six on Sunday.

The Edmonton Oil Kings tied the series up 2-2 after beating the Tigers 5-1. Veteran forward Vince Loschiavo led the way for the Oil Kings with 3 points (2G, 1A) in the victory and he is now the Oil Kings’ top point producer in the series with 4 (3G, 1A).

Rookie goaltender Mads Søgaard has made 149 saves on 159 shots faced throughout the first four games of the Eastern Conference Quarter Finals. The 2019 NHL Draft Eligible goaltender earned his first career WHL Playoff shutout during game three Tuesday night. “Mads has been solid the entire series. He has been our top guy. Faced a lot of shots and traffic and he has handled it well,” said Assistant Coach Ryan Smith.

Captain James Hamblin will be looking to lead the way for the Tigers in the final games of this series. Hamblin was the Tigers top point producer in the regular season with 77 points (33G, 44A) in 67 games played and he is one of the top point producers for the Tabbies in this series with 4 points (2G, 2A). The 19-year-old Edmonton native is a hard-working, skilled two-way forward who sees both sides of the ice well. Look for Hamblin to make an impact in tonight’s contest.