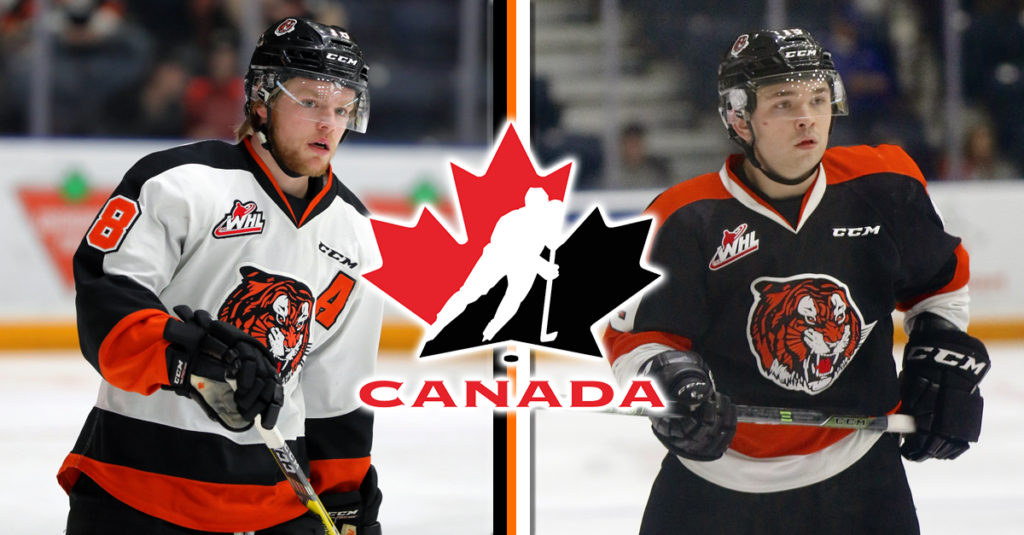 Medicine Hat, AB — Hockey Canada announced the first wave of invites to 197 men’s team hopefuls. Beginning on July 22, 111 players will assemble in Calgary for the national under-17 development camp. As they wind down their on- and off-ice sessions, a group of 44 players – four goaltenders, 16 defencemen, and 24 forwards – will arrive and vie for a spot on Canada’s National Men’s Summer Under-18 Team during a five-day selection camp. Canada’s National Men’s Summer Under-18 Team will leave Calgary on Aug. 2 following the final roster decisions to compete at the 2017 Ivan Hlinka Memorial Cup.

“For about three-and-a-half weeks in July and August, we get to see all of the players in our program concentrated in two locations, which gives our management team, coaches, and staff a chance to develop, first and foremost, what we feel is our top talent in Canada, and evaluate those players as we look to put together winning teams throughout the upcoming season,” said Scott Salmond, Hockey Canada’s vice-president of hockey operations and national teams. “It’s a great opportunity for these players who are working towards earning a chance to wear the Team Canada jersey, and I want to thank Ryan [Jankowski] and his team for the diligence they’ve put into helping us identify this group of players.”

Also attending camps in Calgary are 2001 born Tigers prospects Daniel Baker, Josh Williams and Henry Rybinski. The trio will vie for the opportunity to play for Canada at the 2017 World Under-17 Hockey Challenge in Dawson Creek and Fort St. John, B.C.