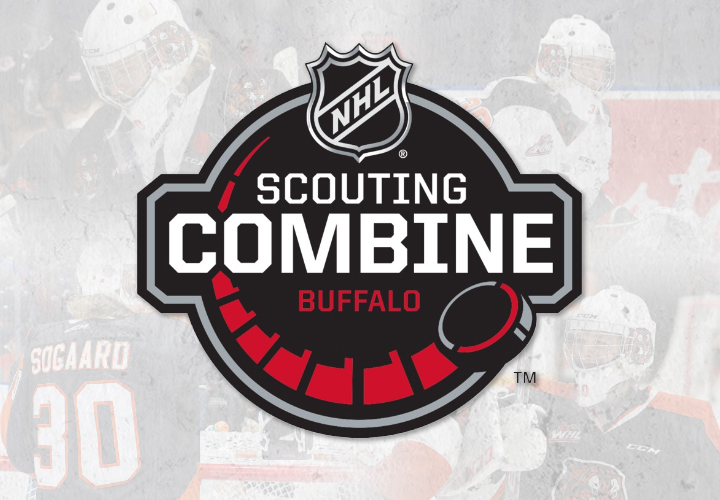 Only 104 prospects identified for this year’s NHL Entry Draft were invited to the Combine. After finishing second among North American Goaltenders in the NHL Central Scouting final rankings, it was no surprise that Søgaard was invited.

“It was a pretty cool feeling,” said Søgaard of being invited to the Combine. “Just knowing that I was going to get the chance to talk to some NHL teams got me really excited.”

The purpose of the Combine is to allow NHL general managers and scouting staff the opportunity to meet draft eligible hockey prospects in one on one capacities while the prospects are also being tested physically and mentally. Søgaard met with around 27 teams during the week.

“It was a very fun week. From meeting with teams to getting to know the other players a bit better. I was rooming with Nolan Foote from the Kelowna Rockets and I got to know him well so that was a lot of fun,” said Søgaard.

Instead of returning home to Denmark after the Combine, Søgaard will be training in San Diego with Chris Munford while he awaits to hear his name called during the NHL Entry Draft.

Søgaard is one of 18 Tigers eligible for this year’s NHL Entry Draft that will take place Friday, June 21st to Saturday, June 22nd at Rogers Place in Vancouver, BC.