SØGAARD SELECTED IN SECOND ROUND BY SENATORS 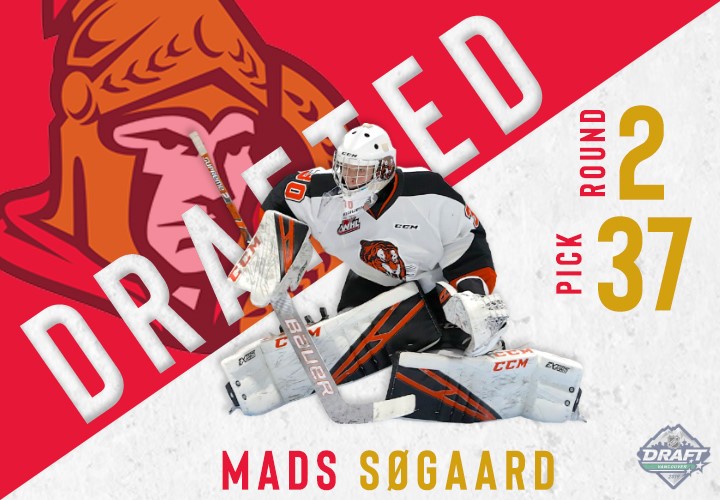 Medicine Hat, AB — The Medicine Hat Tigers would like to congratulate goaltender Mads Søgaard on being drafted by the Ottawa Senators.

Early in the second round of the NHL Entry Draft, the Ottawa Senators traded the Carolina Hurricanes for the 37th pick overall which the Senators used to select Søgaard.

The 18-year-old Aalborg, Denmark product had a breakout season with the Tigers, leading all WHL rookie goaltenders in goal against average (GAA), save percentage (SAV%) and shutouts. In 37 games played, Søgaard posted a 19-8-2-2 record with a 2.64 GAA and a 0.921 SAV% along with three shutouts.