TEAMMATES THRILLED TO STAY TOGETHER AS TIGERS 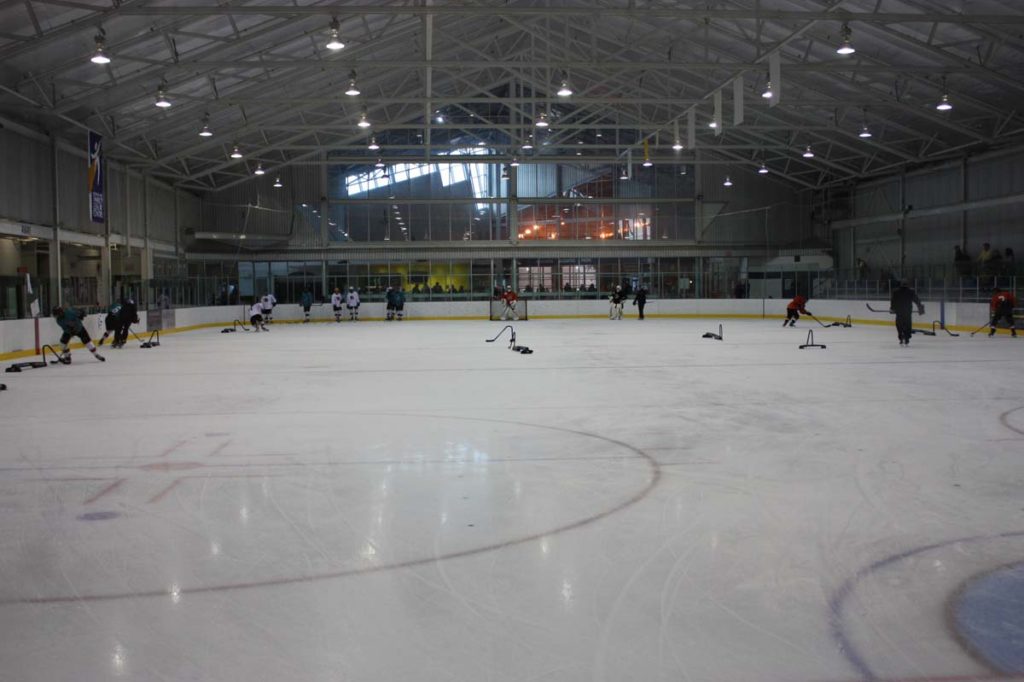 With any luck, the pair of linemates will continue that trend right into major junior after being selected to the Medicine Hat Tigers in the WHL draft.

“It was pretty exciting. We both texted each other and discussed how excited we were,” Meerman said of hearing he and his linemate had been drafted to the same team, adding their chemistry extends well past bantam. “We kind of started when we were younger in spring hockey and that kind of carried over through the last couple years. We have a lot of chemistry from a couple years now.”

The Rebels linemates took their first step toward the WHL on Friday by entering Medicine Hat’s prospects camp at the Family Leisure Centre side-by-side after a prolific year on the ice.

Danielson was the AMBHL’s top scorer with 36 goals and 42 assists in just 36 contests, while Meerman finished ninth with 33 goals and 34 helpers in the same span.

Danielson’s numbers surged in his sophomore bantam year, more than quadrupling his previous point total of 18 while helping his team to the divisional finals with 10 more points in five post-season contests.

“I really started to try and move my feet and work as hard as I could out there and it just started to come,” Danielson said of his increase in offensive output. “We had a great team all around. Obviously Brett was a big part of our success. It was a great team with a great coaching staff and that helped with a lot of my success.”

Meerman added he’s looking forward to gauging his abilities alongside his fellow draft picks this weekend with the hope of learning what it will take to crack the roster next fall.

“I’m just looking for a good experience, good training and seeing what I need to do to make it to that next level,” he said.

Danielson and Meerman aren’t the only members of the same bantam squad who took to the ice at the Family Leisure Centre Friday. Forwards Scout Truman and Kadyn Chabot and defenceman Brayden Kapty all come from the Lethbridge Golden Hawks program, and goaltender Garin Bjorkland and forward Stephen Rosier both hail from the Calgary Bisons. While Tigers head coach and general manager Shaun Clouston says the team didn’t draft for chemistry by design, he’s not arguing with the results.

“It’s kind of just the way it turned out, but I’m excited that it did. We’ve obviously got a lot of players from Alberta, for one thing, and then we’ve got pairs or groupings of players who are very familiar with each other,” said Clouston. “That’s one of the things you try to do through these camps, is to get everybody comfortable and acquainted and we’ve already got some of that.”