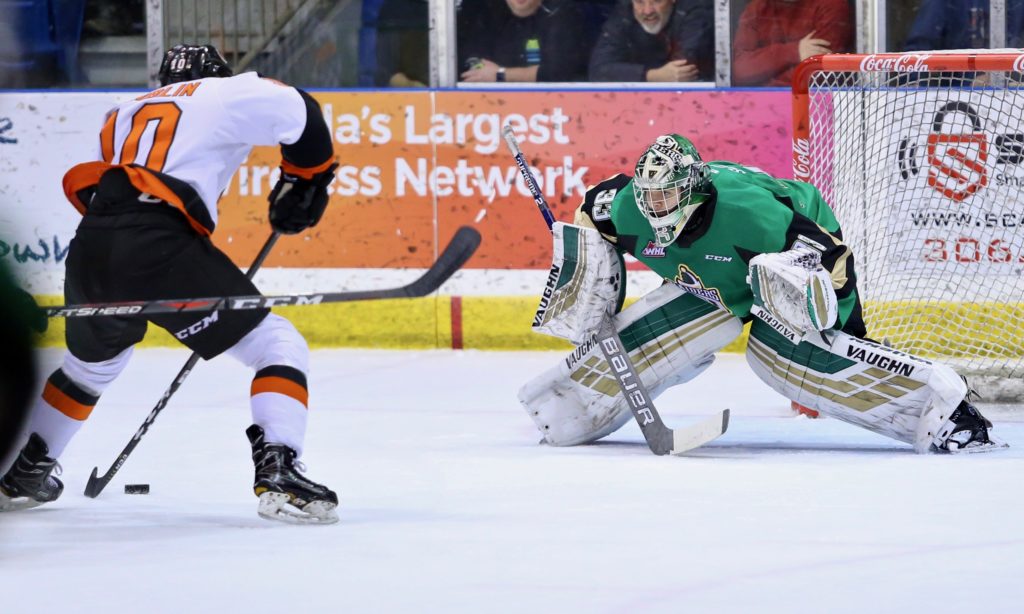 Medicine Hat, AB — The Medicine Hat Tigers were shut out in a 2-0 contest against the Prince Albert Raiders Wednesday night.

Despite firing 43 shots on net, the Tigers were unable to solve Raiders’ goaltender Ian Scott.

The play was back and forth throughout the game and it wasn’t until midway through the second period that the Raiders broke the 0-0 stalemate. While on the penalty kill Brett Leason beat Tigers rookie netminder Mads Sogaard to score shorthanded and gain a 1-0 lead for Prince Albert.

The tenacious Tigers continued to pressure throughout the third period firing 19 shots on Scott in the final frame alone but were unable to get on the scoresheet.

With less than 10 minutes to play in regulation, Raiders’ Noah Gregor scored to extend the lead for the home team to 2-0.

Sogaard turned aside 31 of 33 shots and his performance earned him the third star of the game.

The Orange and Black are now 9-10-1-2 and will continue on their Eastern Conference road trip to pay visits to Brandon on Friday and Swift Current on Saturday. After the road trip, the Tabbies will host the Raiders at the Canalta Centre on Friday, November 23rd.