THE TIGERS SELECT 12 PLAYERS IN THE 2020 WHL BANTAM DRAFT 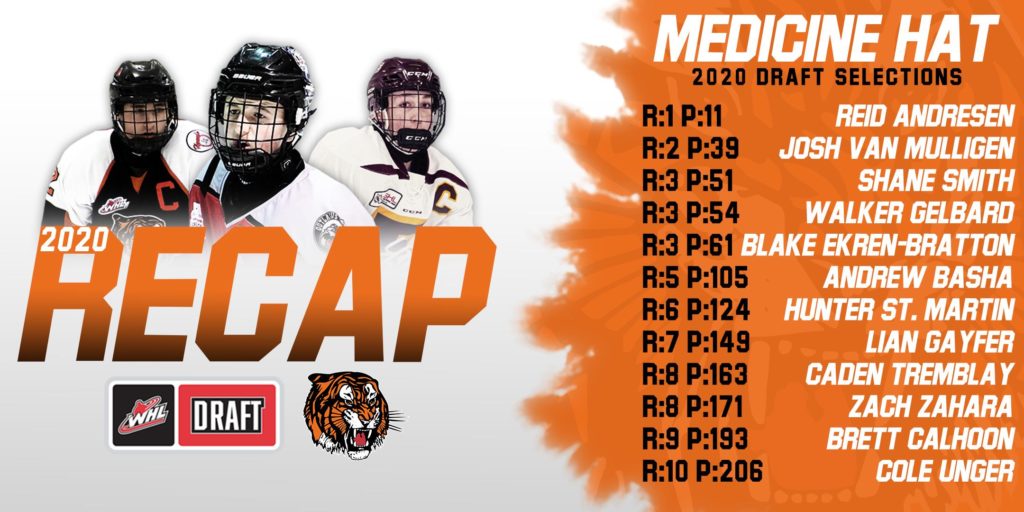 Of the 12 players drafted six are forwards, one is a goaltender and five are defencemen, including first round draft pick Reid Andresen.

“We are really excited about this group. If you combine the last two drafts, we certainly feel we have a contender moving forward,” said Director of Player Personnel Bobby Fox.

Below is a list of players drafted by the Orange and Black this year.

A few players from today’s draft may be familiar names or faces for Tigers’ fans as the Tabbies drafted two local players, Josh Van Mulligen (second round, 39th overall) and Cole Unger (10th round, 206th overall). They also drafted Shane Smith (third round, 51st overall) who played for the South East Athletic Club Tigers Bantam AAA team during the 2018-19 season. Lastly, rounding out the players with familiar names, the Orange and Black drafted Hunter St. Martin (sixth round, 124th overall) who is the son of Tigers Alumnus Blair St. Martin.

The Tigers would like to congratulate all the players drafted today and look forward to watching them develop into future WHL players.