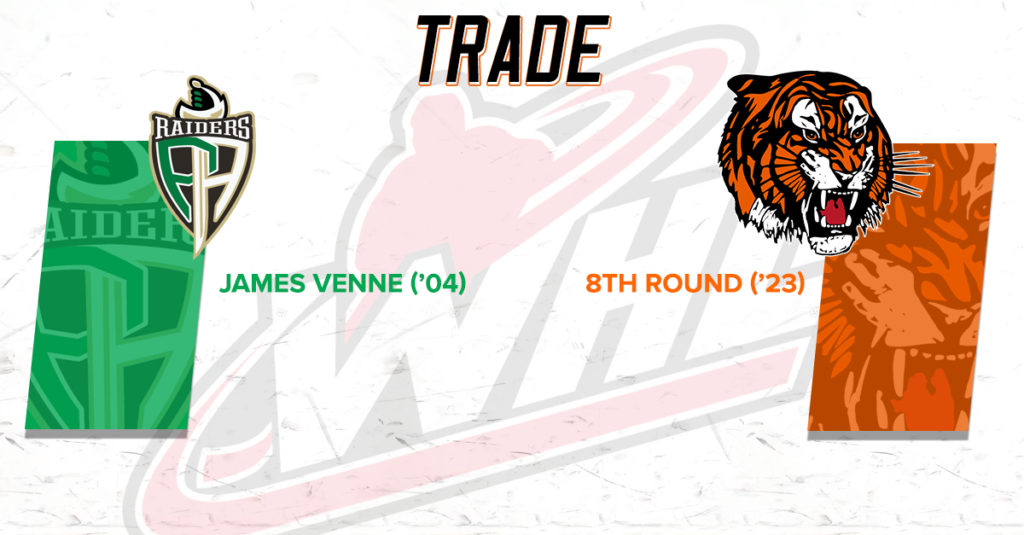 Venne was originally undrafted in the WHL Prospects Draft, but signed by the Tigers in March, 2021.

“We’d like to thank James for all that he brought to us as a member of the team on and off the ice,” Tigers General Manager & Head Coach Willie Desjardins said. “We wish him all the best in Prince Albert.”

The Tigers will continue to finalize their roster ahead of this weekend’s Season Opener on Saturday night against the Lethbridge Hurricanes. Puck-drop is set for 7 PM. Tickets are available on tixx.ca