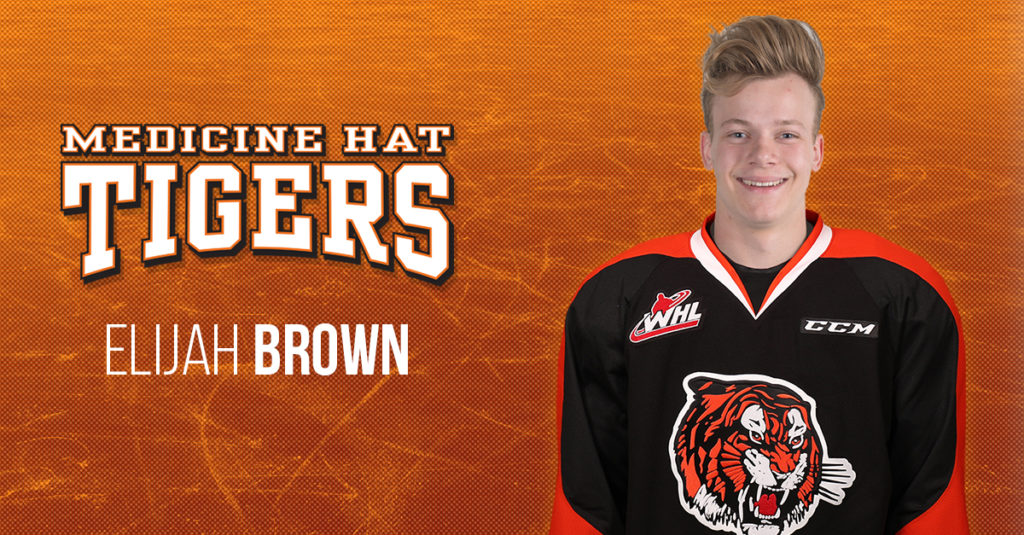 Medicine Hat, AB – The Medicine Hat Tigers announced on Tuesday that they have acquired 17-year-old forward Elijah Brown from the Seattle Thunderbirds in exchange for a 2nd round draft pick in 2018 and a conditional 3rd round pick in 2019.

“We are excited to welcome Elijah and his family to the Tigers Organization and look forward to his contributions.”
Tigers GM & Head Coach Shaun Clouston

Brown, a former 1st round bantam selection (15th overall – 2015 WHL Bantam Draft) scored 6 goals and added 14 assists over 80 games with the Seattle Thunderbirds. Brown has some familiarity with Tigers staff as Assistant Coach Bobby Fox coached Brown and Team Alberta to a gold medal during the 2015 Western Canada Under 16 Challenge Cup, now known as the WHL cup.

The Tigers also announced on Tuesday that they have traded the rights to (D) Cameron MacPhee to the Prince George Cougars for a 7th round bantam selection in the 2018 WHL Bantam Draft. The Tigers would like to wish Cam all the best in Prince George.