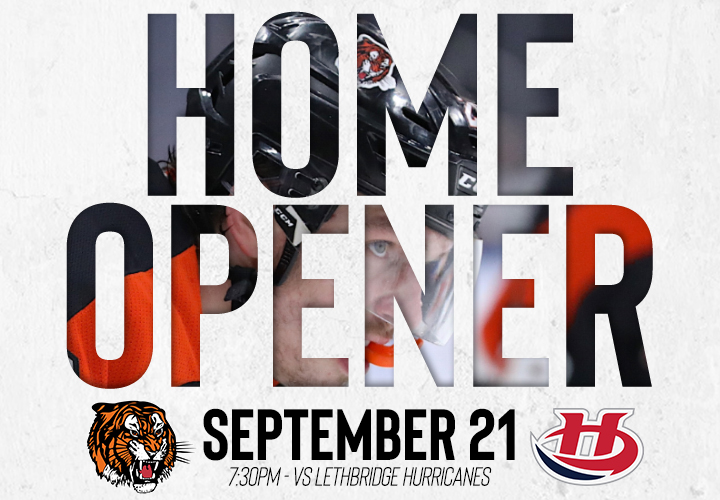 For the eighth straight season, the Tigers will open their season with a home and home series against the Lethbridge Hurricanes. The Tigers boast a 9-5-0-0 record against the Hurricanes during the season opening weekend and a 6-1-0-0 record at home.

Although the game will start at 7:30 p.m., fans are reminded to arrive early since the player and team introductions will commence before puck drop.

The full schedule for the Tigers’ 50th anniversary season will be announced Wednesday, June 26th at 11:00 a.m. MT.

Fans interested in becoming season ticket holders can purchase season tickets starting July 2nd. Tickets for the general public will go on sale in the Fall.

Current season ticket holders are reminded that the annual Seat Exchange began this morning and will go until Wednesday, June 26th from 9:00 a.m. to 5:00 p.m.