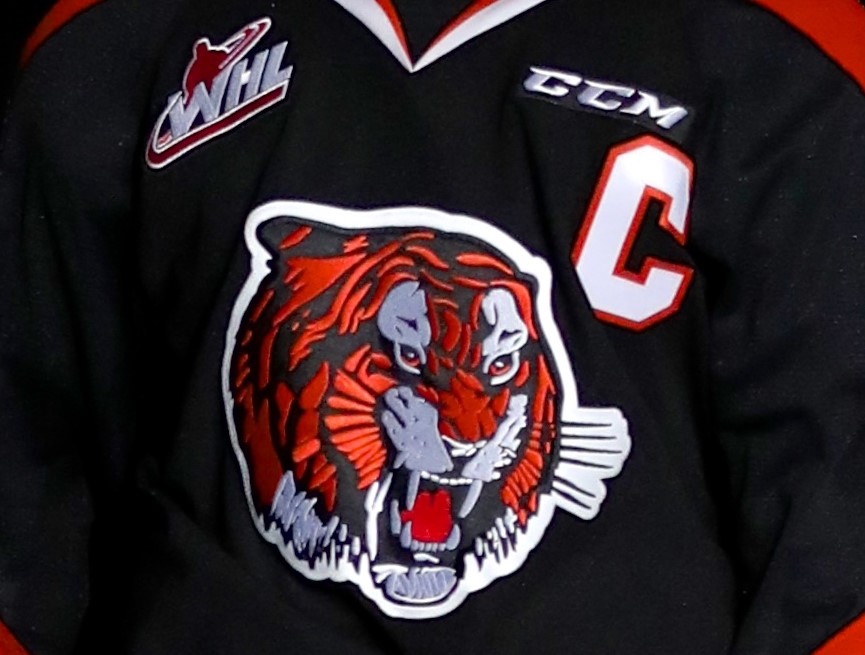 Medicine Hat, AB — The Medicine Hat Tigers are proud to announce their leadership group for the 2018-19 season.

James Hamblin has been chosen to captain the Tigers during their 49th season in the Western Hockey League along with alternate captains Ryan Jevne, Ryan Chyzowski and Bryan Lockner.

“We are very fortunate to have such a strong group of quality leaders returning to our team this year. The entire coaching staff is looking forward to continuing to work with James, Ryan, Ryan and Bryan in creating a winning culture and in building a successful team on and off the ice,” said Shaun Clouston, General Manager and Head Coach.

Hamblin has played 194 games in three seasons for the Orange and Black, picking up 115 career points (46G, 69A). The 19-year-old Edmonton, AB native is a speedy, hard-working, two way forward coming off career highs in assists (43) and points (64) last season. In the Tigers’ rich and storied franchise history, there have been many distinguished captains including Kris Russell, Brennan Bosch, Curtis Valk, Ty Lewington, Ty Stanton, Clayton Kirichenko and Mark Rassell to name a few. This season, Hamblin will be looking to add his name to the list of great leaders.

“It’s an absolute honour to be able to have the responsibility of leading such a historic and world-class organization,” said Hamblin. “We have an amazing leadership group and a tremendous group of guys in the locker room that are going to make this a very exciting and very special year.”

Jevne, the 20-year-old Edmonton, AB native, will serve as alternate captain for a second season. In 210 WHL career games for the Tabbies, Jevne has scored 35 goals and picked up 50 assists. He has deceptive speed and he is a smooth skating winger with a devastating shot that makes opposing goalies cringe. Jevne is confident in this year’s leadership group and he will look to lead by example.

“This leadership group has a strongly developed vision for what we want our culture to be and a solid plan on how to get this team there. With the four of us leading and the player we have I think we have an opportunity to make a push in the playoffs this season,” said Jevne.

Chyzowski had a banner year in his second season for the Orange and Black last year. He scored 21 goals and picked up 31 assists in 72 games played while also contributing five points (4G, 1A) in six games during the 2018 WHL playoffs. The 18-year-old Kamloops, BC product has a nose for the puck and he looking forward to stepping into more of a leadership role this season.

“It’s both exciting and an honour to be chosen as a leader for the Tigers,” said Chyzowski. “We have set out a game plan that we believe will set us apart as a high calibre team this year and it will be fun to be a part of the journey.”

Lockner joined the Tabbies at the trade deadline last season and his hard-working, power forward style of play fit right in. He also led the team in shots blocked in the 31 games he suited up in for the Orange and Black. The 18-year-old Windsor, CO native has played 132 WHL career games while picking up 39 points (18G, 21A). Through his hard-working, gritty play, Lockner will look to continue to make an impact at both ends of the ice, as well as, off the ice.

“I am very honoured to be picked to wear a letter this year on such a strong, great and historical franchise,” said Lockner. “Super excited for this year being able to help lead this team to many great things on and off the ice.”

The WHL preseason play will begin this weekend. The Tigers travel to Lethbridge on Friday to play the Hurricanes at the Enmax Centre at 7 pm before travelling to Taber Saturday to host the Hurricanes at 7:30 pm.