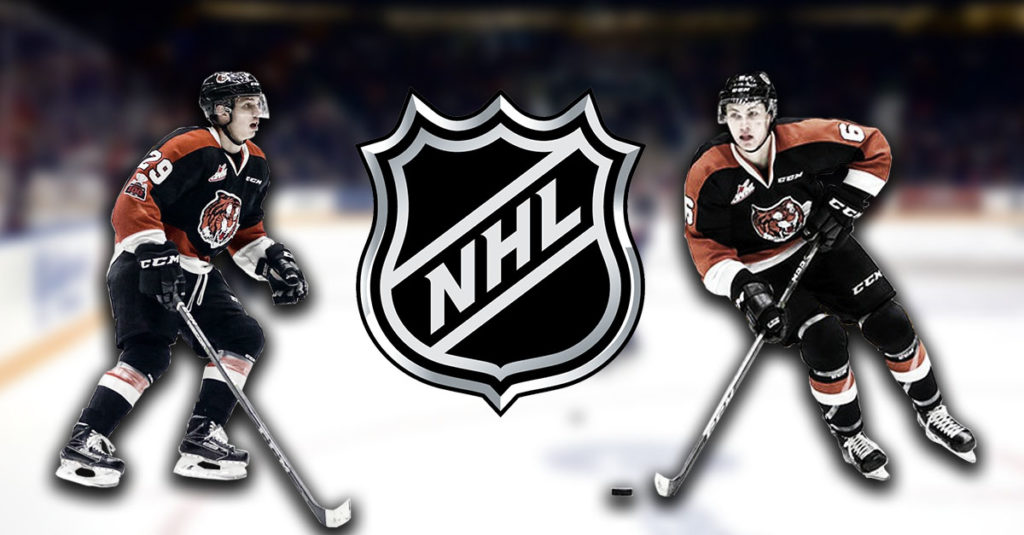 MacPherson was invited to attend Florida Panthers Camp with fellow blueliner Linus Nassen. Nassen was drafted by the Panthers in the third round of 2016, 89th overall. MacPherson and Nassen faced off in the Red vs. Blue Scrimmage on the final day with Nassen’s team Red winning it.

“Going to Florida’s development camp was awesome,” said MacPherson. “It was such a fun and great experience but also an eye opener to what it not only takes but consistently takes to play there at that level.”

Prior to the camp, MacPherson had said that being invited to the camp is an honour since he will have the opportunity to go and play with great young players.

“It met my expectations,” said MacPherson of his experience. “I went into camp with the goal to get invited back to rookie camp and I did that which I’m excited about!”

Chyzowski was invited to the Vegas Golden Knights Development Camp along with Tigers Alumni Steven Owre. It was the first development camp that the Golden Knights have hosted after an incredible inaugural season.

“It was awesome,” said Chyzowski. “I met some new guys and had a great time learning from the coaches there.”

Chyzowski and Owre played on Team White during the Development Camp and their team beat Team Grey 11-6 in the final scrimmage.

“It was a really neat experience seeing all the fans come out to games as it was only a development camp but for them, it was just another chance for them to watch the Golden Knights play again,” said Chyzowski.

Chyzowski was also invited to the Golden Knights Rookie Camp in the fall.

Both Tigers have returned home and will focus on working out as well as preparing for the upcoming season. Tigers’ Main Camp will begin in late August, more details will be announced closer to the date.