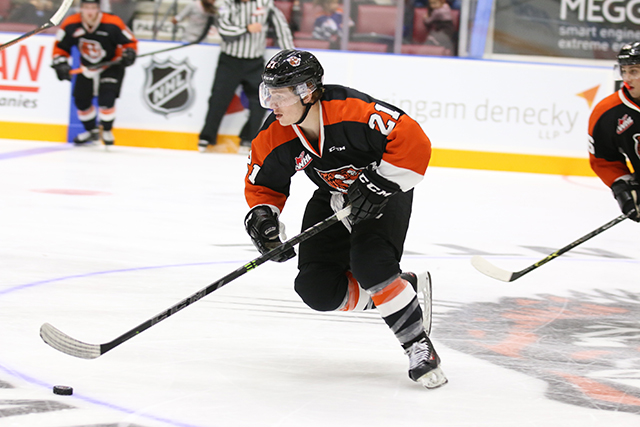 Calgary, AB – The Western Hockey League announced today that Medicine Hat Tigers forward Chad Butcher has been named the WHL Player of the Week for the week ending September 25, 2016.

On Saturday, September 24 against the Lethbridge Hurricanes, Butcher had an impressive six-point outing, tallying one goal and five assists (1G-5A) while earning first star honours in the Tigers 9-3 victory. The night prior, Butcher earned one assist (1A) in the Tigers 4-2 loss to the Hurricanes.

The 20-year-old product of Kamloops, BC, currently leads the WHL in scoring with seven points (1G-6A). The undrafted Butcher is in his fifth WHL campaign with Medicine Hat and has collected 163 points (56G-107A) in 235 career WHL regular season contests.