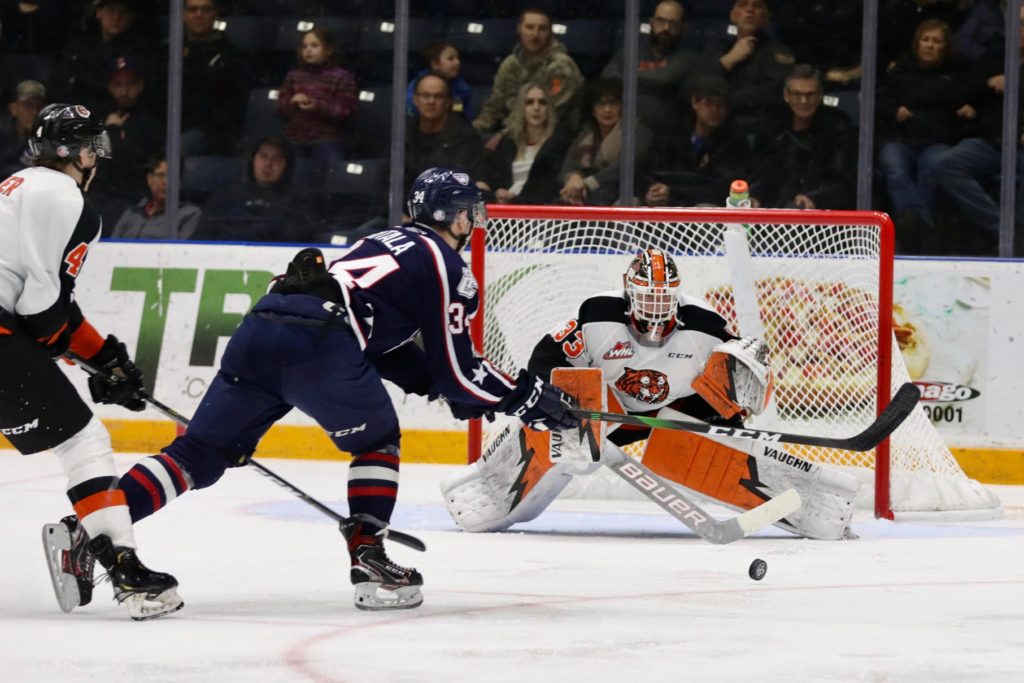 It is the 41st time in the team’s 50 year franchise history where they have advanced to the playoffs. Veteran defenceman Dylan Plouffe suited up for his 300th career WHL game in the contest while Captain James Hamblin had a two goal performance.

Late in the opening frame, Hamblin fired the puck through traffic into the top right hand corner to open the scoring. Twenty seconds later, on a play from Bryan Lockner, Nick McCarry redirected Cyle McNabb’s shot past Americans goaltender Talyn Boyko. McCarry’s goal was his 13th of the season and the Orange and Black headed to the dressing room leading 2-0 at the end of the first period.

In the second stanza, Americans veteran forward Jadon Joseph was the lone goal scorer when he scored on a rebound.

Lukas Svejkovsky scored on the Tigers’ third power play of the night just over two minutes into the final frame to make it 3-1 for the Tabbies. Svejkovsky’s 16th goal of the season was assisted by Daniel Baker and Parker Gavlas.

With just over five minutes remaining in the game, Americans leading scorer Sasha Mutala scored on a one timer to cut Medicine Hat’s lead to 3-2.

While pushing for an equalizer, Americans netminder Boyko left his net with just over a minute left in the game. Eric Van Impe won possession of the puck and sent it down the ice where Hamblin collected it and scored on the empty net to seal a 4-2 victory. Hamblin’s goal was his 35th of the season. 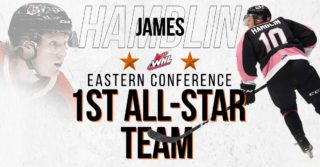