TIGERS COME BACK TO WIN 4-3 IN SHOOTOUT 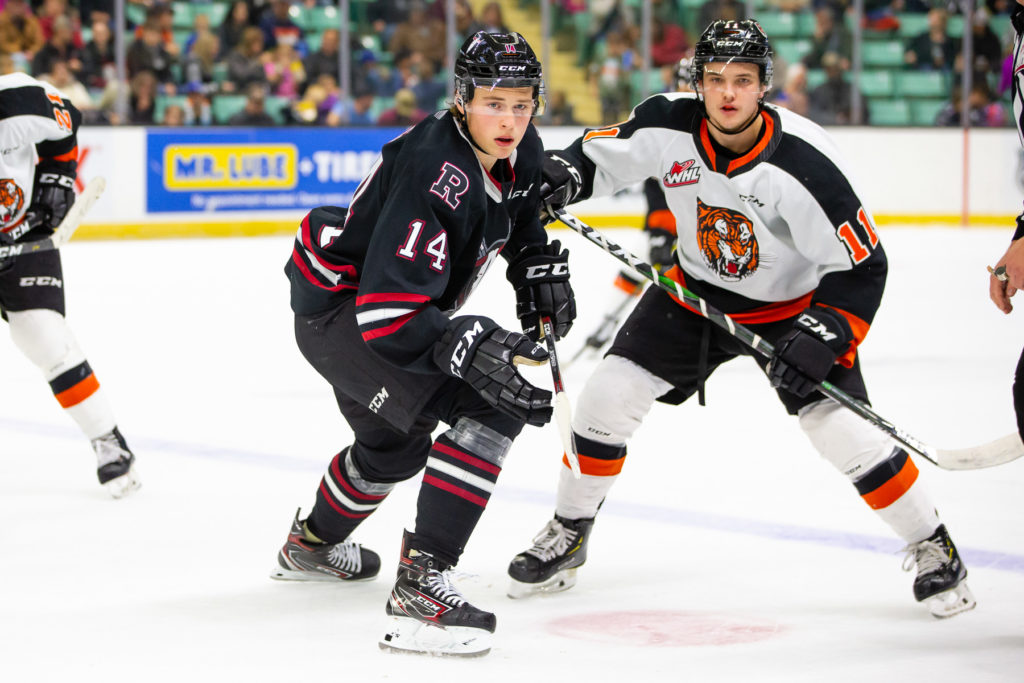 Jonathan Brinkman scored the game-winning goal in the shootout while rookie goaltender Garin Bjorklund stopped 29 of 32 shots faced and three of four shooters in the shootout. Affiliate player Oasiz Wiesblatt made his WHL debut in the contest.

After a scoreless first period, James Hamblin and Cole Sillinger combined to set up Brett Kemp on the power play. Kemp was on the backdoor with a wide open net to fire the puck into for his sixth goal of the season.

A minute and a half later, newly acquired Rebel Ben King brought the game back to a stalemate.

Midway through the period, Jaxsen Wiebe took the lead for the Rebels before Josh Tarzwell scored a shorthanded goal with less than four minutes to go in the frame to make it 3-1 for the home team.

Late in regulation, Van Impe fired the puck wide off of the backboards and it bounced out in front where Brinkman shot it towards goal and it was deflected by Nick McCarry. McCarry’s game tying goal was his fourth goal of the season.

The Tigers maintained pressure during overtime but were not able to score and the game needed to be decided in a shootout where Brinkman scored the game winner.

Rebels goaltender Ethan Anders turned aside 27 of 30 shots faced and two of four shooters in the shootout.

The Orange and Black finish their nine game road trip with a 5-4-0-0 record improving their overall record to 13-6-1-0. Saturday night the Tabbies will return home to host the 13-3-3-1 Edmonton Oil Kings. It is their first home game since October 15th and it is a NewRock Developments Chuck a Puck night in support of the Medicine Hat Skateboarding Association. Tickets can be purchased in person at the Canalta Centre Box Office or online.