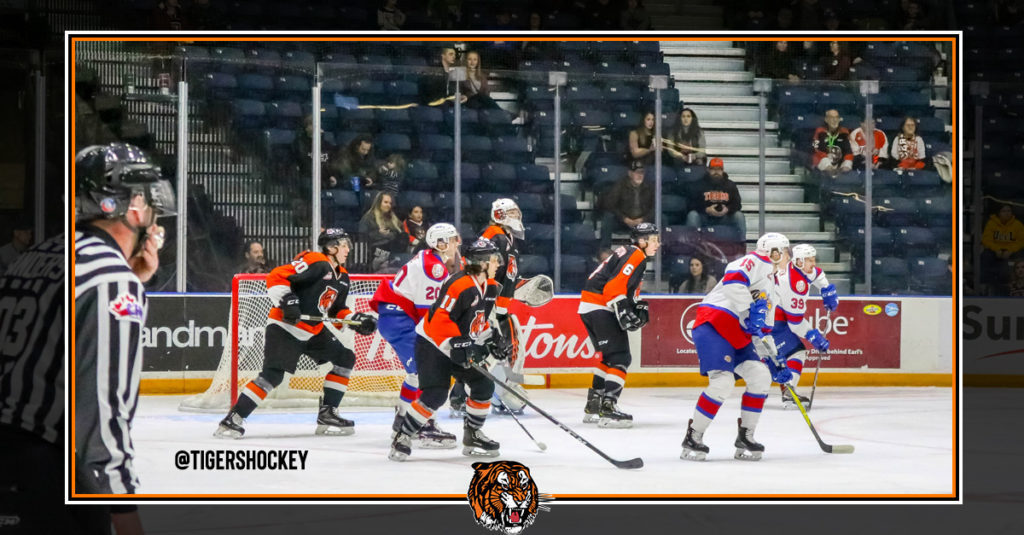 Rookie goaltender Mads Søgaard started in net for the Tabbies for the first time since returning from representing Denmark at the World Juniors. Søgaard made 32 saves on 34 shots faced and earned the first star of the game.

Midway through the first period, Tyler Preziuso opened the scoring by redirecting Linus Nassen’s shot into the net. James Hamblin also picked up an assist on Preziuso’s 17th goal of the season.

In the second stanza, Oil Kings’ forward David Kope scored to tie the game up at one goal apiece.

The play was coast to coast in the third period, but neither team was able to break the stalemate in regulation.

Just over two minutes into overtime, Oil Kings’ forward Vince Loschiavo scored to win the game 2-1 for the visitors.

The Medicine Hat Tigers are now 23-16-2-2 and will host the Oil Kings for a rematch on Wednesday night. The game will be brought to you by the Real Canadian Superstore and it will start at 7:00 PM.