TIGERS COME UP SHORT IN A 5-0 LOSS TO HURRICANES 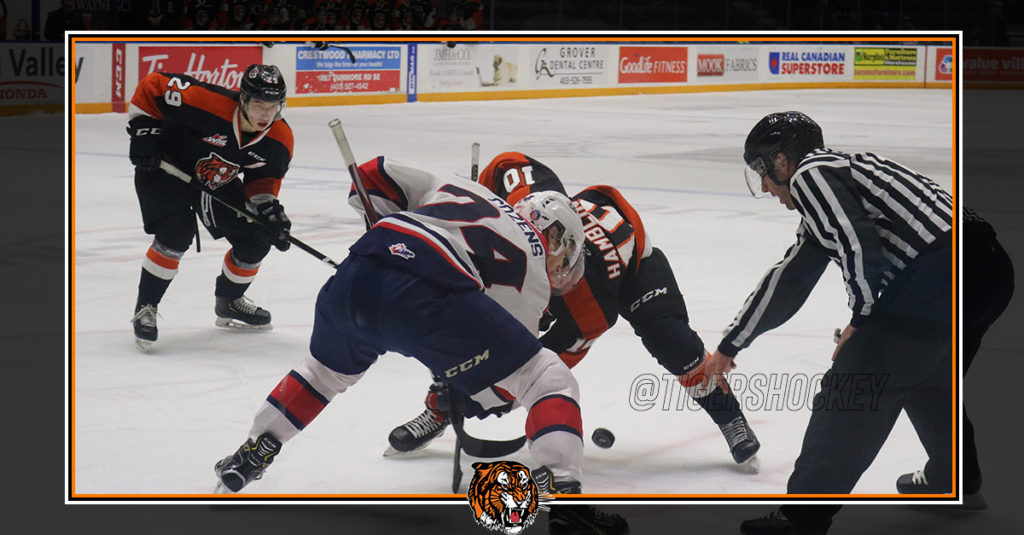 Medicine Hat, AB — The Medicine Hat Tigers were kept off the scoresheet on Saturday night as they battled the Lethbridge Hurricanes in the back half of a home and home series.

The Hurricanes won 5-0 Saturday night after defeating the Tigers 6-3 Friday night. Medicine Hat is now 3-5-0-0 against Lethbridge this season.

Nick Henry opened the scoring in the first period. Dylan Cozens scored on the power play before Jake Leschyshyn and Calen Addison scored to make it 4-0 after 40 minutes of play.

Addison scored early into the final frame to extend the Hurricanes’ lead to 5-0. Tigers goaltender Jordan Hollett left the game after Addison’ second goal. Hollett stopped 18 shots on 23 faced. Mads Søgaard relieved Hollett and he made 7 saves on 7 shots faced.

The Orange and Black are now 31-24-3-2 and they will travel to Edmonton to play the Oil Kings on Friday, March 1st, 2019, before returning home to host the Swift Current Broncos on March 2nd.