TIGERS COMEBACK IN THIRD TO WIN 3-2 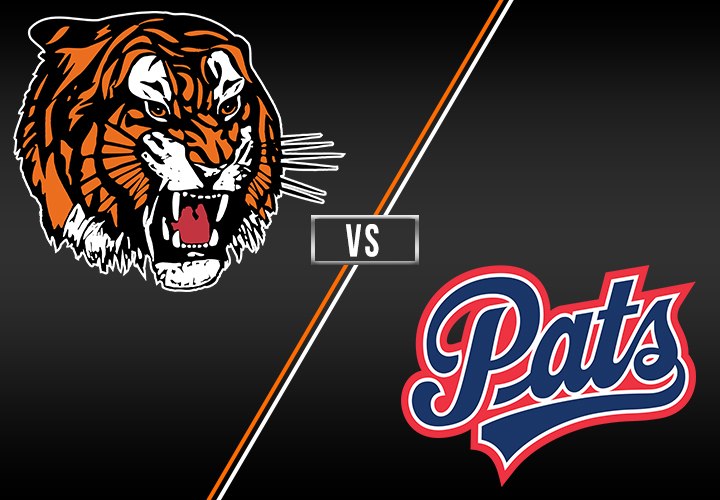 Medicine Hat, AB — The Medicine Hat Tigers opened their current road trip on a high by defeating the Regina Pats 3-2.

The Tigers were down 2-0 after the first period and rallied back with three unanswered goals in the third to win the game.

Affiliate player Cole Sillinger suited up for the Orange and Black and picked up his first Career WHL Assist to set up Josh Williams to score the game-tying goal midway through the final frame.

Pats’ rookie forward Sergei Alkhimov scored the Teddy Bear Toss goal for the Pats early in the game. Shortly after the bears were cleared off the ice, veteran Austin Pratt scored to make it 2-0 for the home team.

After a scoreless second stanza, Captain James Hamblin won the draw in the Pats’ end before Linus Nassen passed the puck to Bryan Lockner. Lockner did not hesitate to fire the puck top corner, short side to get the Tigers on the scoresheet.

Midway through the period, Sillinger dodged his check before sending a cross-ice pass to Williams who fired it past Regina goaltender Max Paddock and it a 2-2 hockey game.

With less than two minutes to play in regulation, Lockner combined with Corson Hopwo to set up Hamblin to score the game-winning goal.

Jordan Hollett made 30 saves on 32 shots faced while Paddock stopped 38 of the Tigers’ 41 shots.

The Orange and Black are now 13-13-1-2 and will continue on their road trip to battle the Wheat Kings on Tuesday night at Westoba Place. The game will start at 6 PM MT. 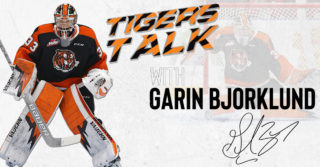 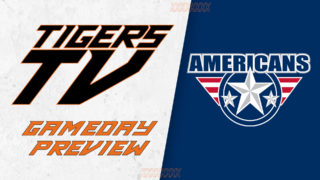 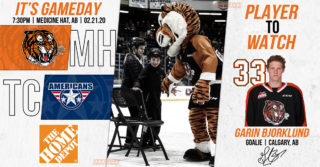